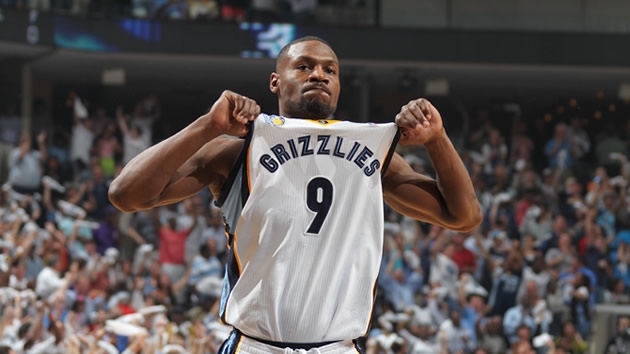 While the Grit and Grind Era of basketball in Memphis officially ended this summer, the Grizzlies are still making sure to honor two of the most influential members of this great era of Grizzlies basketball even after they have moved on to different teams.

I am talking about Zach Randolph and Tony Allen.

Allen will join Randolph in the Grizzlies ring of honor as announced by owner Robert Pera.

“Tony was a driving force behind the Grizzlies’ seven straight playoff appearances and he remains a beloved member of the Memphis community. Tony played with a level of passion that is unrivaled. He helped establish a Grizzlies culture focused on toughness and effort, and he challenged every player that put on Beale Street Blue to match his fiery intensity. On behalf of the entire organization, I would like to thank him for his incredible contributions to the Grizzlies and the unique way that he inspired the city of Memphis. We are proud that the Grindfather’s #9 jersey will hang in the rafters of FedExForum alongside Zach’s one day.”

“Tony will forever be one of the Core Four responsible for the turnaround in the Memphis Grizzlies’ fortunes and our surge in popularity. There would never have been seven straight years of playoff appearances, the incredible electricity in FedExForum for home games, ‘Grit and Grind’ and ‘Believe Memphis’ without Tony Allen’s contributions to the team. In the process Tony became more than just one of the toughest defenders in the league – he became a true cult hero who was intertwined with the soul of Memphis like few athletes ever have in any city. Tony and his family will be missed but his impact on the Grizzlies and Memphis will never be forgotten.”

The Grizzlies continue to keep it classy and acknowledge the success they have had over the past seven years even if it never materialized into a NBA title or NBA Finals appearance.

I agree with their thought process, why wait to announce that you will be honoring great players after they have left? Randolph and Allen are probably the two most beloved Grizzlies ever and were the heart and soul of the team for the better part of a decade.

Randolph and now Allen with be the first numbers retired in franchise history (they have only been around since 1995) and it is fitting that Allen’s jersey will forever hang in the rafters of the FedEx Forum as he is the one who coined the term Grit and Grind to describe the Grizzlies brand of basketball which became their calling card.