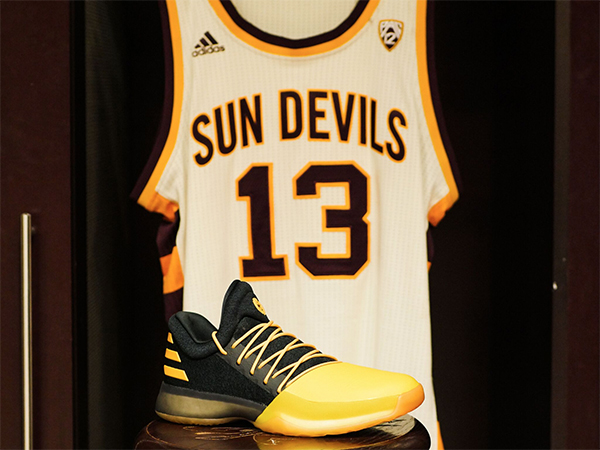 James Harden created a legacy as one of the most-decorated players in Arizona State history averaging 19 points, 5.4 rebounds and 3.7 assists per game during his two seasons as a Sun Devil. To celebrate Harden’s evolution in Tempe, where his No. 13 jersey now hangs from the rafters, Adidas has introduced the Harden Vol. 1 Fear the Fork edition.

The Harden Vol. 1 Fear the Fork edition is designed with a black knit upper and gold across the toe, laces, three stripes and Harden Mark to reflect the desert sun and pay tribute to the gold in ASU’s uniforms.

“I decided to go to ASU, do my own thing and it was all work from there. That was the beginning of who I am as a man,” Harden explained. “I could’ve left school after my freshman year, but I felt like I wasn’t mature yet and had more growing up to do. Arizona State helped me, and I got to show my love and how much they mean to me.”

Earning consensus All-American and Pac-10 Player of the Year honors his sophomore season, Harden was selected as the third overall pick in the 2009 NBA Draft – cementing his Sun Devil legacy. 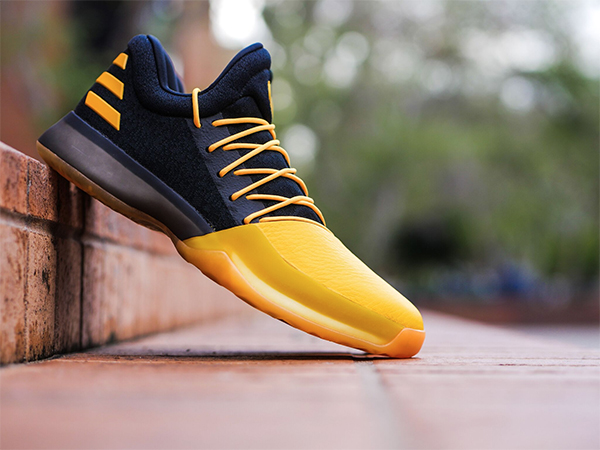