No Contract Extension Talks So Far Between Frank Vogel, Pacers

Anou Enright May 2, 2016 Rumors No Comments on No Contract Extension Talks So Far Between Frank Vogel, Pacers 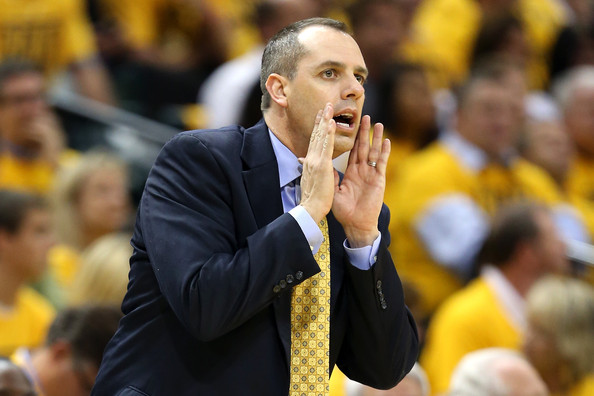 Frank Vogel has had success in Indiana as coach of the Pacers, but every coach has a shelf life with a team. His contract is up at the end of the season, but there haven’t been any talks about a contract extension just yet. Typically, both parties would’ve gotten a new deal out of the way by now, but such isn’t the case.

In fairness, this doesn’t mean that Vogel is gone, but it’s an interesting development. The Pacers have had a a lot of personnel movement the past 2 years, but they’ve remained competitive. They narrowly got past the 2-seed Raptors in the first round, pushing that series to 7 games. It’d be wise for them to have Vogel stick around, but stranger things have happened.

Sources: Indiana coach Frank Vogel's contract expires at season's end and so far there's been no discussion of a contract extension.