Anou Enright February 2, 2016 Blogs, Ryan Bawek No Comments on Karl-Anthony Towns Is Quietly Having One Of The Greatest Rookie Seasons Of All-Time 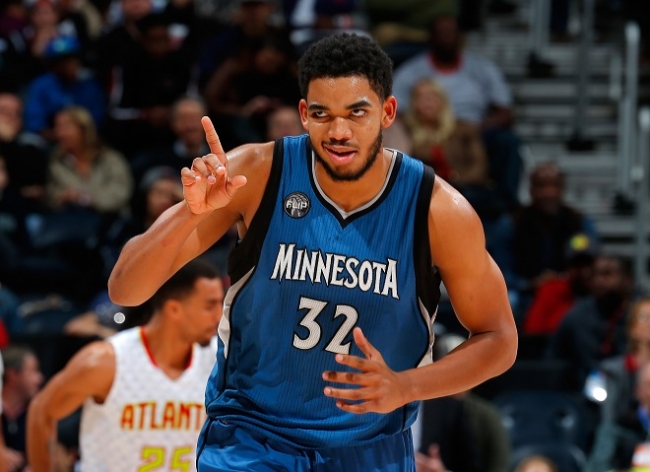 It should be clear to anybody not too wrapped up in the Porzingis mania that Karl-Anthony Towns is living up to his billing as the number one draft pick. He is easily the best rookie in the NBA this season.

These are highly impressive numbers that make it clear that the T-Wolves made the right decision when drafting Towns.

When you take a deeper look at advanced statistics though you see that Towns is having one of the better rookie years the league has ever seen.

His current Player Efficiency Rating of 22.6 would be the third highest PER rating for a rookie in NBA history, trailing only Shaquille O’Neal at 22.9 and David Robinson at an incredibly impressive 26.3.

Karl-Anthony Towns is more than likely the gem of this draft and could be an all-star caliber player or better for the next decade.