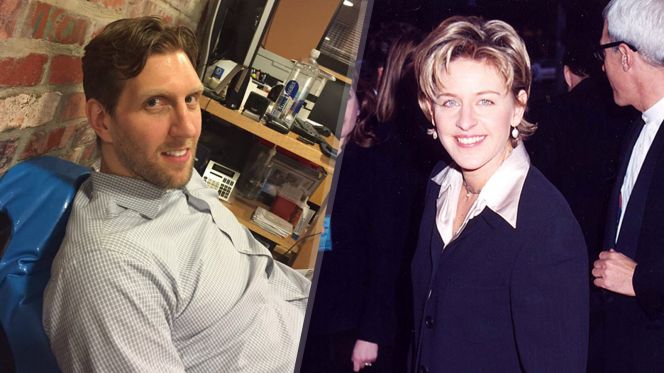 Dirk Nowitzki is rocking a fresh new hairdo these days and his teammates think he now looks like a 7’1″ version of Ellen DeGeneres. He decided to tweet the Ellen Show this information during the during the Suns-Mavs game in Dallas last night as he sat out for rest purposes…

If you have some free time or are in need of some entertainment today, please just take some time to scroll Dirk’s twitter: @swish41 you will be rewarded with some gems like this…

From our family to yours, Happy Thanksgiving MFFLs! Have a great day! pic.twitter.com/tNzk34hwFY