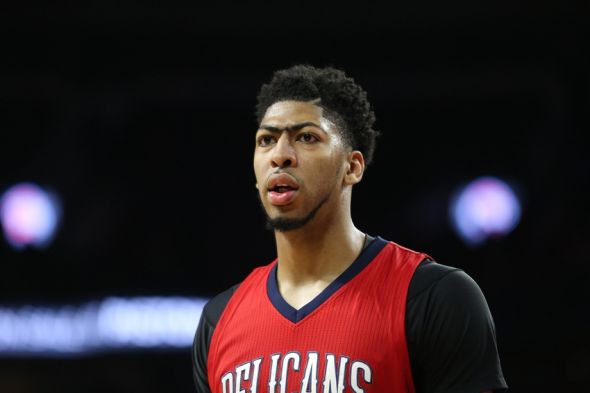 Anthony Davis had a night to remember in Auburn Hills against the Detroit Pistons on Sunday.

Anthony Davis is the 2nd youngest player with 50 Points & 20 Rebounds in a single game in NBA History. pic.twitter.com/oflwy8wTmP

Davis, who is 22, is 187 days older than when Bob McAdoo first accomplished the feat.

Anthony Davis is also the second player in the past 40 seasons to have at least 55 point and 20 rebounds in a game.

Anthony Davis joins Shaquille O'Neal as the only players in the last 40 seasons with 55 points and 20 rebounds pic.twitter.com/eVhJTfDefs

He was on fire all game so his teammates Jrue Holiday and Ryan Anderson, being the great teammates that they are, made sure to cool Davis off after the game:

Check out “The Brow’s” work: