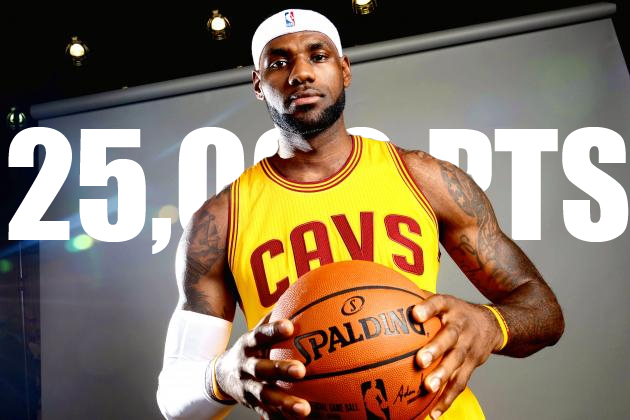 The world knew this was eventually bound to happen.

Last night, LeBron James added yet another accolade into his much-decorated career during their come-from-behind win against the Sixers. He reached the 25,000-point mark and became the youngest to do so at 30 years and 307 days. Let me repeat, Lebron James Scores 25,000 points!

But he didn’t just cross this mark passively; he did it in style and with some flare via an alley-oop lob from Matthew Dellavedova in the fourth quarter:

And as expected the Cavs and some of his teammates wasted no time in congratulating him for this remarkable feat.

The youngest to 25K. #StriveForGreatness pic.twitter.com/owlBkAdo7F

Congrats to my brother @kingjames on the milestone. Youngest to 25K points. ???? https://t.co/WRB5bBbEbz

From the very beginning, James was already on track of breaking almost every single record in the league. He averaged 20.9 points in his rookie season and continued to progress every year in becoming one of best players to ever play the game.

James still has a lot of fuel left in the tank at 30 years old which only means that there will be plenty of achievements like this in the next couple of years. For now though, he and his fans can celebrate this milestone.