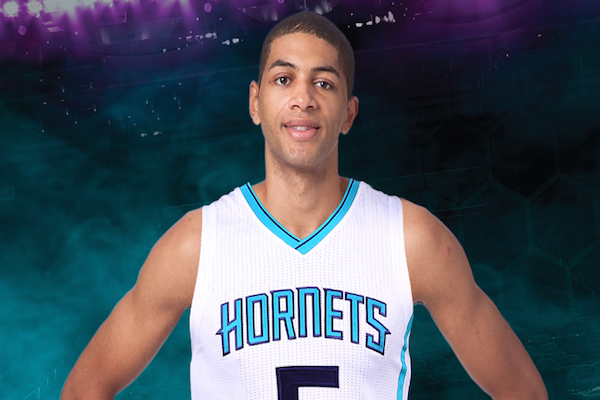 Nicolas Batum has yet to even set foot on the hardwood for the Charlotte Hornets and already there’s talk of him wanting to play elsewhere.

Unless Batum decides to sign an extension with the Hornets (unlikely), he’ll reach unrestricted free agency next summer, at which point he’ll be one of the top available names, headlining a star-starved pool of talent that’s going to reap the benefits of an exploding salary cap. And according to Zach Lowe of Grantland, Batum is already intrigued by the possibility of landing in Toronto:

Batum is an impending unrestricted free agent on a borderline playoff team, diving into an unprecedented cap frenzy in which two-dozen suitors could offer $20 million per season. Batum’s people have already made noise about how much Batum would like to play in Toronto, a city that appeals to his international roots, per several league sources. He is a flight risk, even though both Cho and Chad Buchanan, the team’s assistant GM, know Batum well from their days in Portland.

Batum would make for an interesting fit in Toronto, depending on what the Raptors do between now and next summer. They already have DeMarre Carroll and Kyle Lowry, and it’s unlikely Jonas Valanciunas, a restricted free agent in 2016, goes anywhere. DeMar DeRozan will hit free agency himself, and he’s long been viewed as expendable, mostly because his limited offensive range is conducive to the spacing aspect of the NBA’s pace-and-space movement.

Still, the Raptors could have themselves a small-ball nightmare with Batum. Just imagine a starting lineup of Lowry, DeRozan, Batum, Carroll and Valanciunas. Hell, you could swap DeRozan out for Terrence Ross, who can act as an oversized shooting guard, a la Klay Thompson, and that’s still a scary-ass mess of versatility.

This, of course, assumes that Batum actually wants to play in Toronto—which he claims he doesn’t. At the very least, judging by his response to Lowe’s report via Twitter, he’s thinking about Charlotte and the Hornets and the forthcoming season, not his impending foray into free agency.

First he hit the social-media world with this (h/t CBS Sports):

Not 20 minutes later, he offered a visual crash course detailing where his loyalties currently lie:

Just to make it clear… pic.twitter.com/YQTOoa5520

This is pretty cool if you’re a Hornets fan. Loyalties and priorities can shift year to year, especially when approaching free agency. Batum can still leave next summer. But it’s comforting to know that he’s addressing rumors head-on and seemingly prepared to at least give Charlotte a fair shake.

And while he does that, the financially flexible Raptors will just be waiting off to the north, no doubt willing to make a push for Batum’s services if and when he decides Charlotte isn’t for him.