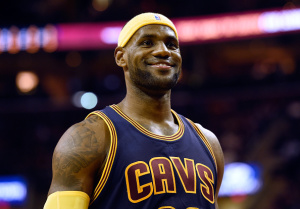 The wait is over (in the event you were holding your breath). LeBron James has re-signed with the Cavaliers. He has agreed to another short-term deal: 2-years, worth a max amount of $47 million. The deal is only for two years because he’s higher more riches once the new CBA and he next contract roll around.

The deal is the same as the one he signed last summer, and it allows him to make the most money possible in the long term. The salary cap is set to explode from $70 million this year to $89 million in 2016-17 because of the NBA’s new TV deal. By signing a one-year deal that lets him reenter free agency next year, LeBron can make himself an extra $30 million on a long-term max deal, since max salaries are tied to the salary cap.