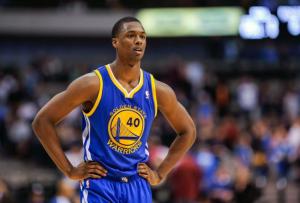 After the Warriors captured the championship last night, Harrison Barnes did something that he had never done in his 23 years on Earth. For the first time in his life, Barnes consumed alcohol; celebratory champagne. How is it possible that a professional athlete who was a very high-profile college player has never had a drink in his life? Beats me, that’s the case according to Barnes.

Harrison Barnes has never had a taste of alcohol. I asked him what happens if the Dubs win: “That’s over. I’m celebrating.”