11 NBA Teams Valued at Over $1 Billion

Anou Enright January 21, 2015 Offbeat No Comments on 11 NBA Teams Valued at Over $1 Billion 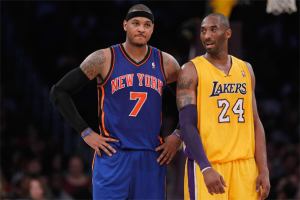 During the most recent NBA lockout, the owners hung their collective hat on the fact that they felt they weren’t profitable enough and the players were asking for too much. Since then, the NBA’s brand has grown and the league is as popular as it’s been in a while.

There are now 11 NBA teams worth at least $1 billion, by our count, compared to three a year ago. The Los Angeles Lakers lead the way at $2.6 billion, up 93% over last year. The Lakers finished with their second worst record in franchise history at 27-55 last season and are faring even worse this year, but the team has the richest local TV deal in the sport: a 20-year, $4 billion contract with Time Warner that kicked off in 2012. Ratings on SportsNet LA were off 54% last year, but the team still pocketed $125 million for the season from Time Warner.