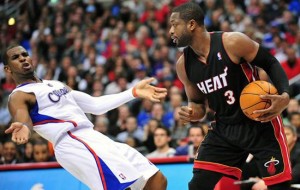 While bigoted NBA owners damage the NBA’s brand severely, a far more fundamental problem with how the NBA is played today is destroying the game from the inside. You know what it is before I even type it: the block/charge call, the most controversial call in basketball.

I watched the game before and after this call was implemented. And, the essence of the block/charge call makes perfect sense. The call was created to protect defenders who were so deep under the basket that when an offensive player drove to the hoop, it was almost an automatic defensive foul and a potential three-point opportunity. It was so hard to play defense because you had no space that you “owned.” The spirit of the rule makes sense: protect defenders from being ruthlessly run-over by reckless offensive players.

That is the only way in which the block/charge call makes any sense.

Today, coaches and players misuse and abuse the block/charge call to the point of making the NBA game almost unwatchable. Let’s see some examples:

And, these calls do destroy the game. No exaggeration. At no time is that more obvious than during the NBA Finals.

So, a rule designed to protect defensive players from being run over and the foul being called on them has been manipulated into this.

Today, the NBA uses the block/charge call to:

The problem with the way the block/charge is called is that it’s embarrassing. It’s embarrassing to every self-respecting ball player everywhere. They’re not even playing defense! These are some of the best athletes and best basketball players in the world, and they supposed to run under the basket like a punk and just stand they’re trying to draw a foul.

Really? Are we playing basketball here or trying to win a Best Supporting Actor Award?

So, how do they fix it? Simple.

No player can be allowed to run from outside the paint into the paint to stand in front of an offensive player in motion towards the basket. Done and done. NBA, you’re welcome.

The NBA says they’re working on it, but frankly, I’ve been watching a lot more college ball the last few years, and if the NBA isn’t careful, it could lose a lot of dedicated fans (like me) because of this truly lame block/charge call.

But, really no game is safe until we correct the abuse of the block/charge call.