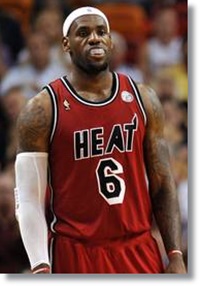 High dollar auctioned items from some of basketball’s biggest names have recently been up for sale to the highest bidder, with all or most of the proceeds going to charity.

Just last week, an authenticated recruiting letter to Micheal Jordan from legendary coach Dean Smith went up for sale to the highest bidder, with the current high offer of nearly 12,000 dollars.

Before Christmas, a game worn pair of Air Jordans worn by MJ himself during his legendary “flu game” in the 1997 NBA Finals sold for an amazing $104,764 at auction.

Apparently the holiday season has put reigning NBA MVP Lebron James in a giving mood as he just donated 47 pairs of his own game worn PE sneakers to his Lebron James Family Foundation back home in Akron, Ohio.

Per the description from the seller on Ebay, “Offering a once in a lifetime opportunity to own (47) PAIRS OF NIKE SHOES OWNED BY LeBron James.”

As an added bonus, the collection also features a shoe themed and decorated Christmas tree by the Lebron family. 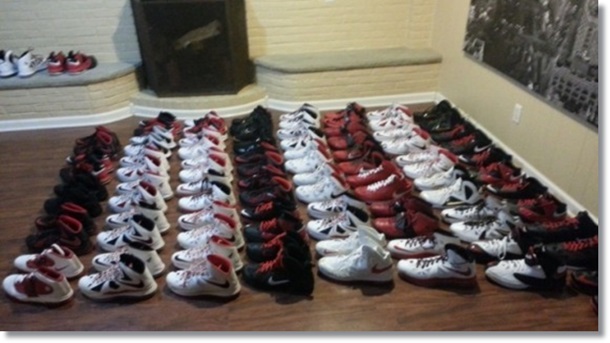 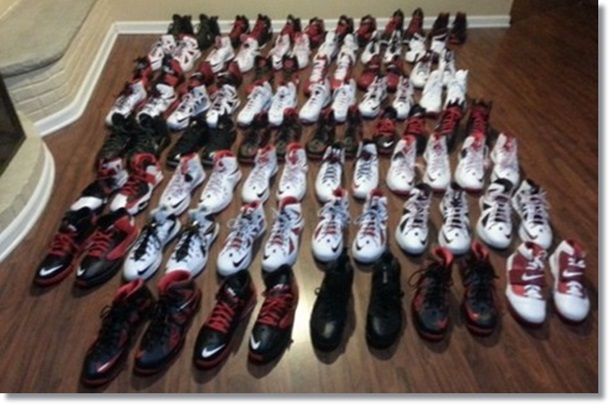 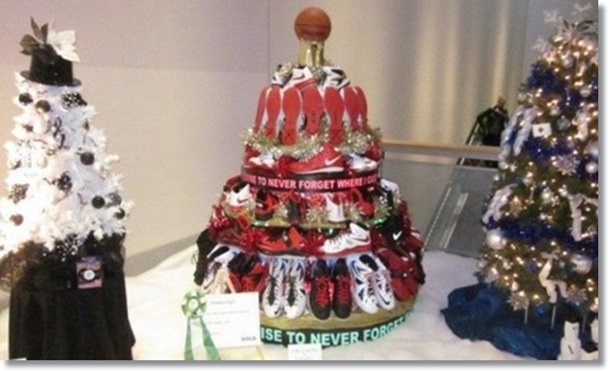