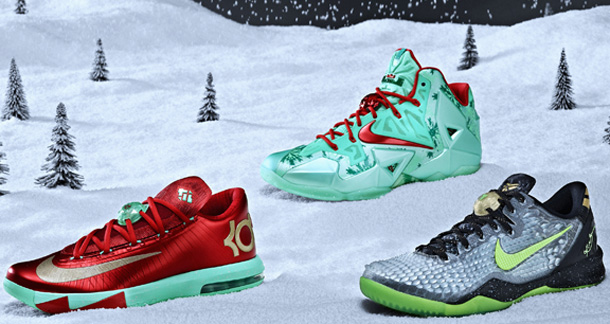 On the Nike LeBron XI (11) ‘Christmas’ edition,a minty theme is used with standard Christmas-red highlights seen on the laces, Swoosh branding, and inner lining. A snowflake pattern is used along the non-Foamposite upper panels said to form a kaleidoscopic print.

The KD VI (6) ‘Christmas’ has the reverse colors of the LeBron 11 from this same pack featuring a mostly red upper with mint green accents. Further Christmas inspiration comes from the monochromatic Fair Isle-ish sweater pattern that encorporates Durant’s jersey number with different stripes and trees.

With the ‘Christmas’ Kobe 8 System, the snake theme continues with a synthetic snakeskin made to look as if the shoe was shedding is used along the entire upper. It is said to be on a shroud so that could mean it might actually come be removable.

All three pairs from the 2013 Nike Basketball ‘Christmas’ pack come equipped with a ornament-like lacelock with each player’s corresponding logo that when taken off both shoes in the pair & combined make for a hangable decoration. 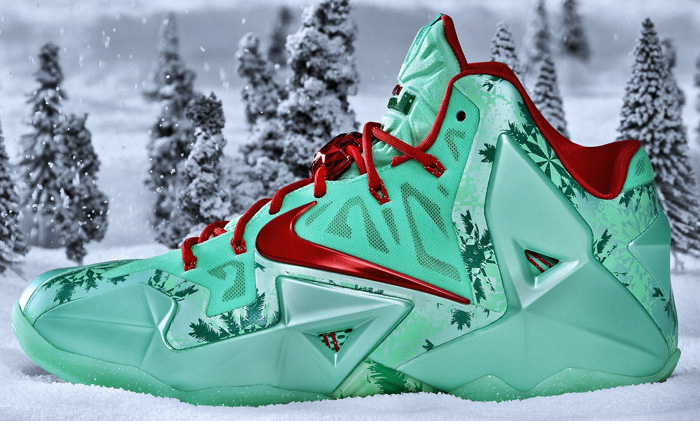 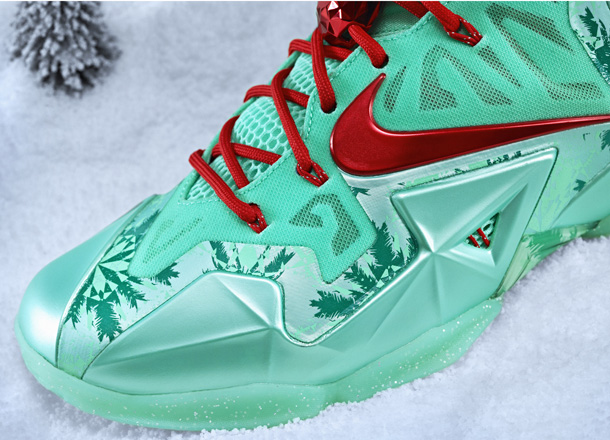 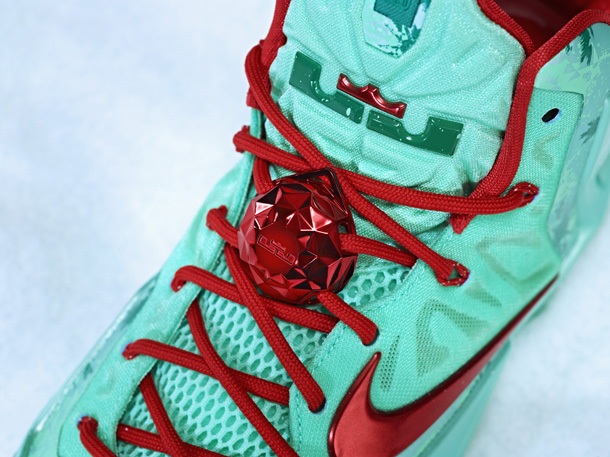 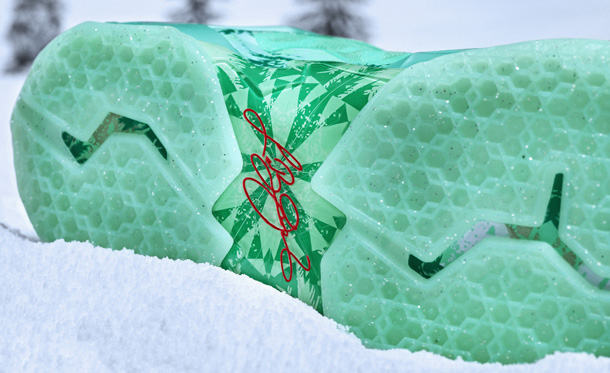 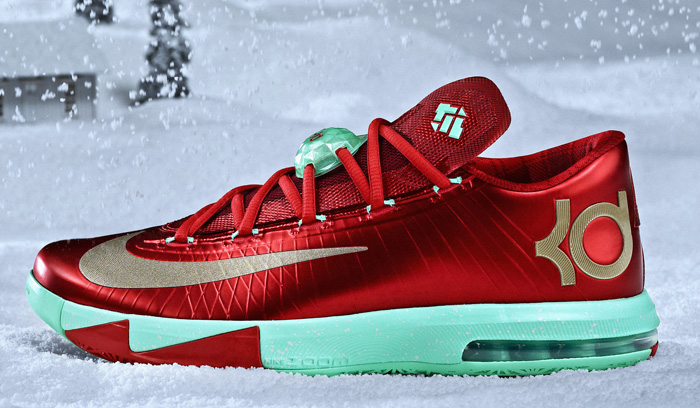 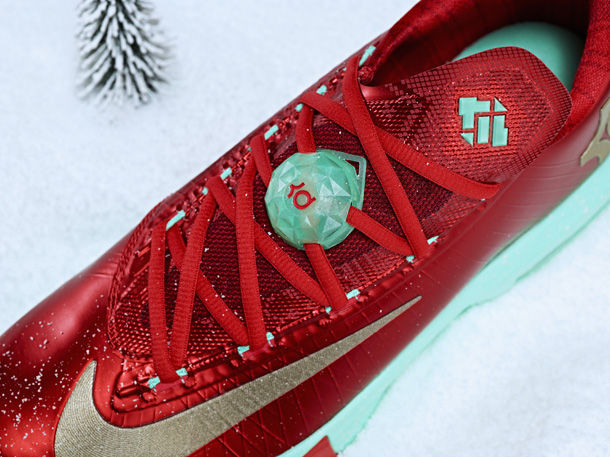 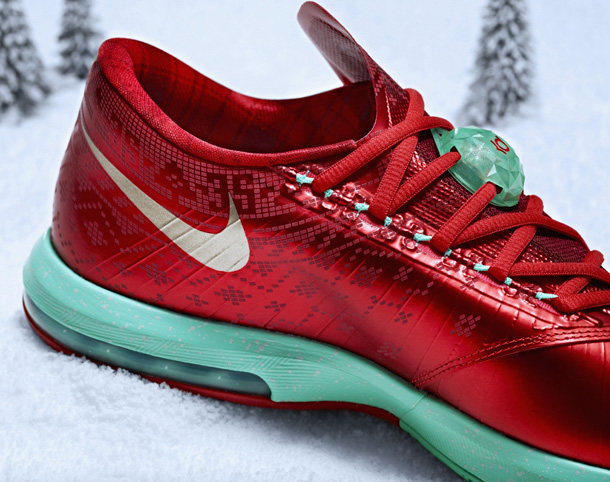 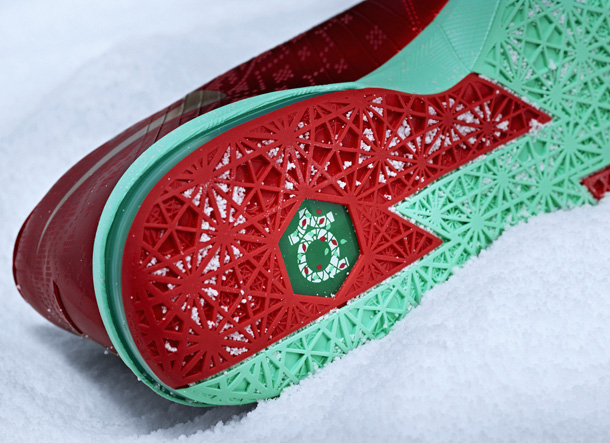 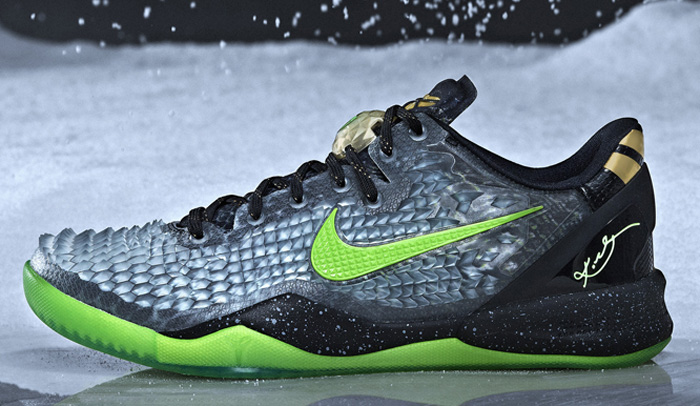 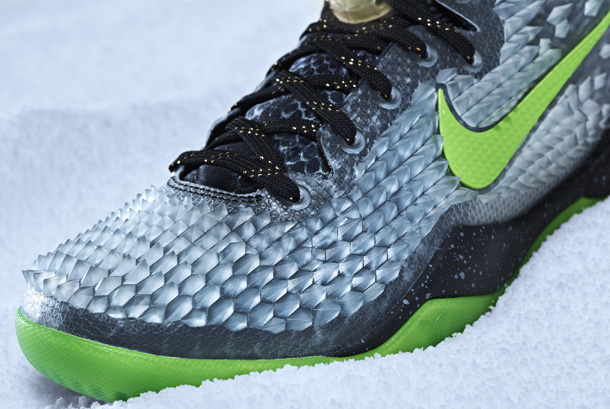 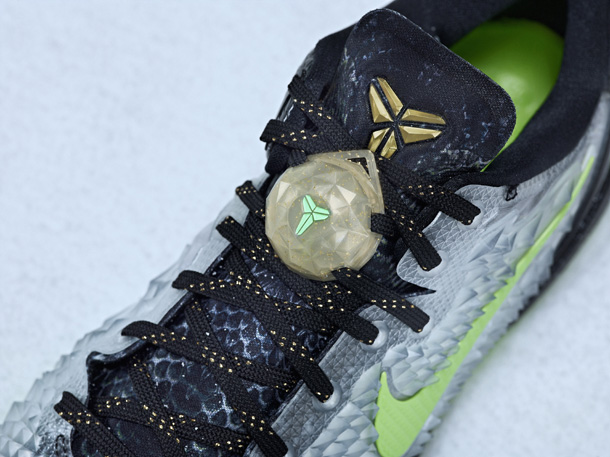 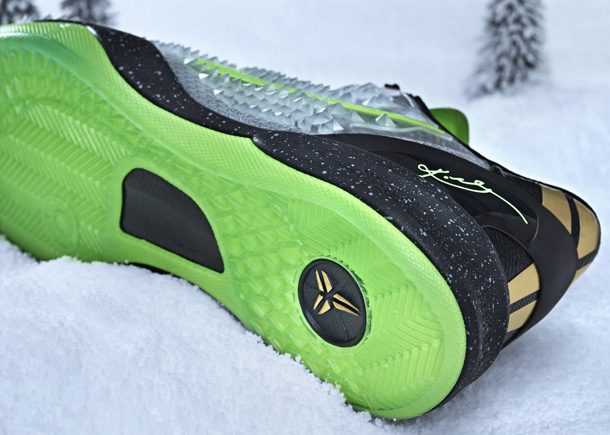 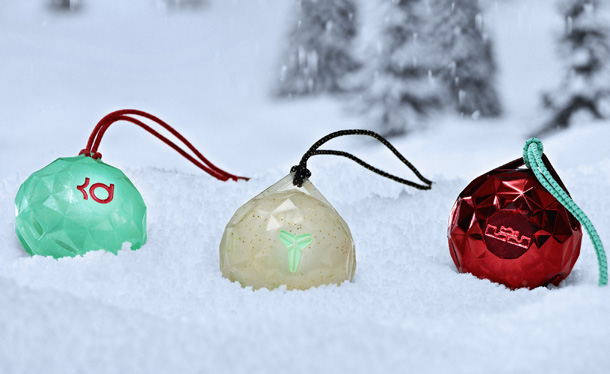