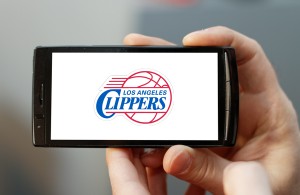 Anything for a buck it seems. Or five million of them.

A man who recently attended a Clippers game is suing the team because he claims he participated in an anonymous text message contest at Staples Center during a game and he is now being spammed with countless text messages from companies. He contends that the team broke their promise and has shared his phone number.

The guy behind the lawsuit is Ari Friedman — who claims he went to a game at Staples Center and participated in one of those arena games where you can send a text message to the team that could get posted on the stadium scoreboard. (Sidenote: Who does that???)

In a lawsuit, obtained by TMZ Sports, Ari claims the team assured fans they would not share cell phone information or send return text messages … but alas, Ari claims the Clips broke that promise  After the game, Ari says he got hit with text message spam which traced back to the Clippers. He’s pissed because incoming text messages can cost several cents in charges.