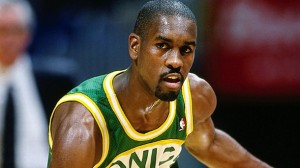 Sometimes we assume that just because a guy plays basketball for a living, that all is well in his life. Actually, sometimes money and fame can bring on more problems. But I know, let’s not feel sympathy for these millionaires.

But then, there are also doubts in your abilities. Gary Payton felt these doubts once upon a time and thought about quitting basketball as a rookie. Good thing he had a change of heart so that we were able to witness a world-class trash talker at his best.

“I was thinking about it,” Payton said in a phone conversation from his home in Las Vegas. “I was like, ‘What am I out here for? This isn’t even what I want to do. I’m not happy.’ I didn’t want to do anything….

“I went to my agent, I went to my father, I just said, ‘I don’t know. I don’t know if I’m good enough to play in this league. I’ve got a coach who wants to play me in the first and the third quarter. He has no confidence in me.’ They told me the same thing. ‘You’ve got to stick it out. You’ve got to be the guy who you’re supposed to be. You’re tough. You’re this.’ My father was like, ‘Are you crazy? If you quit, I’m gonna get in your (body).’ Stuff like that.”