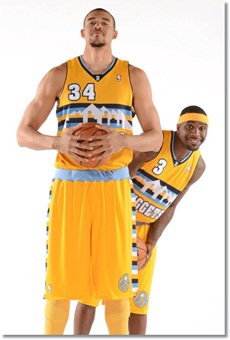 Ever since former franchise player Carmelo Anthony forced his way out of town nearly two seasons ago, the Denver Nuggets have been stuck in the mode as a good but not great NBA franchise still in search of an identity and in need of All Star caliber player that can help lead the team on another deep postseason run.

Gone are program stalwarts like Melo, Nene, and “Birdman” Andersen that helped lead the club to the 2009 Western Conference Finals and in their place are All Star and Olympian Andre Iguodala, shot blocker Javale McGee, and promising PG Ty Lawson.

Behind the coaching of one of the NBA’s all time winningest coaches George Karl, the Nuggets are truly turning a new leaf with a combination of in their prime veteran players and promising youth as they are using the catchy slogan “New School Meets (G)old”, referring to Iguodala’s fresh new gold medal as part of Team USA in London this Summer.

The 2012 Nuggets are truly one of the most deepest and talented rosters in all of the Association and surely have their sites set on nailing down a Top 4 spot out West next season.  But are they good enough to take out the West’s elite squads like the Lakers, Thunder, Spurs, or Clippers?

Time will tell but here is a peak at their new “Skyline” alternate jerseys that the Nuggets will wear during 18 home games this season: 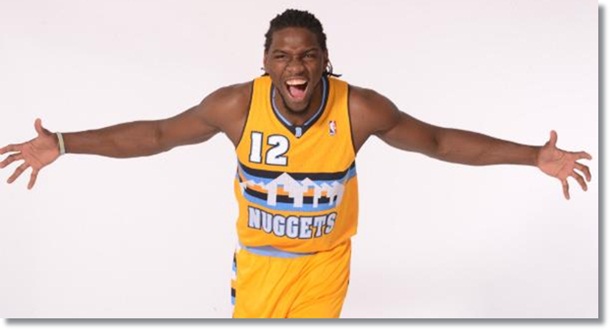 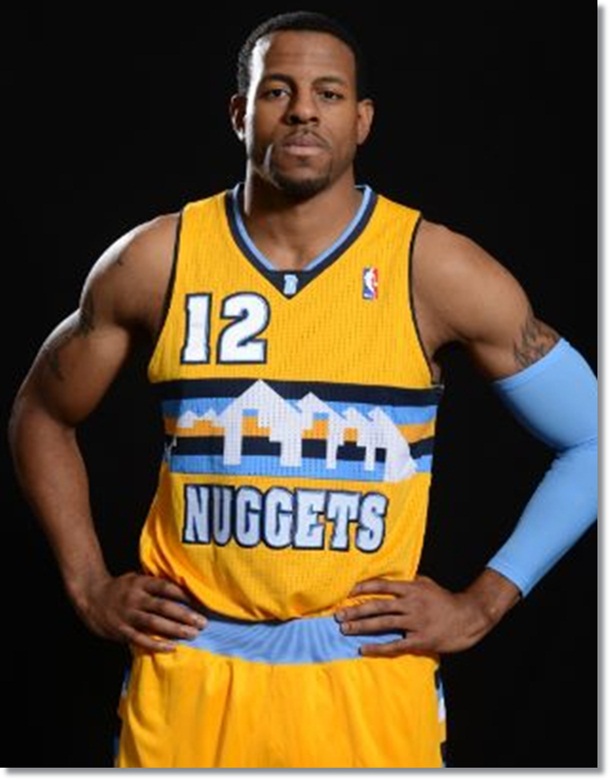 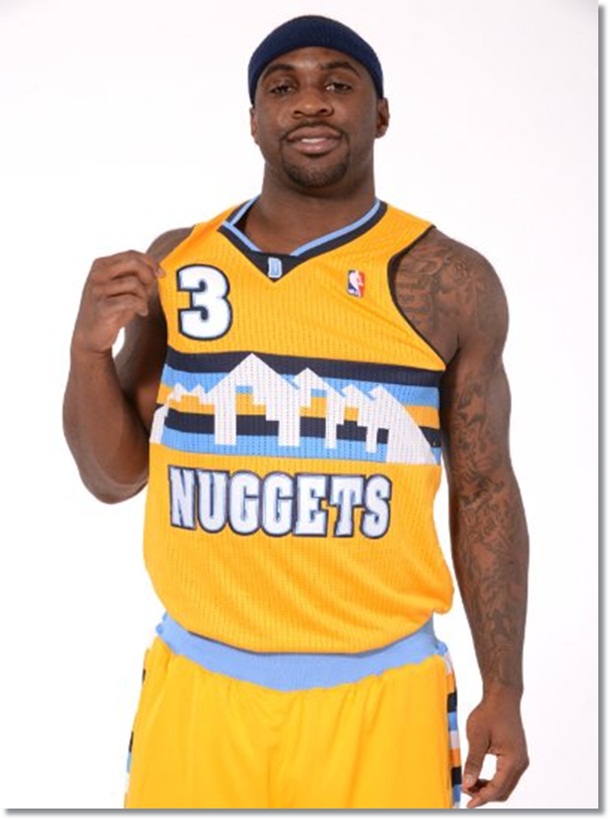