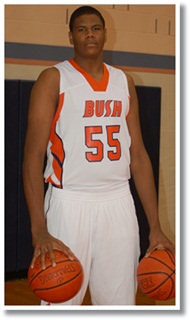 There’s no denying that University of Texas head coach Rick Barnes is one of the college ranks’ best recruiters. He continually brings in elite, high level talent into the Longhorns program, helping to keep Texas among the Top 25 teams in the country.

In recent years the program has seen a high number of players either graduate or move on to the NBA level like Kevin Durant, Damion James, and Jordan Hamilton, leaving Barnes and his coaching staff in a rare situation called a rebuilding year for ’11-’12.

Although this year’s newest recruits, led by stand-out freshman PG Myck Kabongo (10.5 ppg, 6 ast), Sheldon McClellen, Jonathan Holmes, and Julien Lewis are still probably another year away from fulfilling their potential, junior J’Covan Brown has helped on the offensive end (19.4ppg) and have helped keep the young Horns at least relevant early, getting off to a 6-2 start.

While it appears that this year’s squad may be slightly over-matched against the likes of Baylor, Kansas, and Missouri once the Big 12 regular season gets underway, Longhorn fans should rest assured that help is on the way beginning next season when prized 7 foot big men Cameron Ridley and Prince Ibeh arrive on campus.

Ridley, a Top 10 rated prospect in the 2012 Class, is the gem of Barnes’ incoming freshmen recruits for next season. The 5 star big man plays for Bush HS in Fort Bend, Texas and is a potential one-and-done candidate. He is described as having extremely long arms, big hands and an NBA caliber frame. Cameron isn’t overly athletic but is a flat out beast in the low post area.

In a recent home game against a visiting Galena Park team, Ridley showed off his immense potential as a low post force by tallying 52 points, 25 rebounds, and 6 blocked shots in a 127-76 win. Both the point total and rebounds are all time school marks. So Longhorn fans, please allow elite level floor general Kabongo a year to develop before feeding the rock to the imposing Ridley in 2012.

Allen Moll has been a lifelong NBA and NCAA College Basketball fan who watches and studies games religiously, and coaches youth basketball in his native Lehigh Valley region of Pennsylvania.  Allen has also provided content to Bleacherreport.com, Upperdeckblog.com,? Cleveland.com, CSN Philly.com, Buckets Magazine, in addition to being a tenured NBA and NCAA columnist for TheHoopDoctors.com.