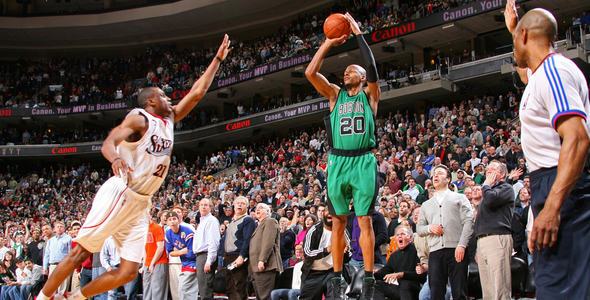 Basketball players today are faster, stronger and more athletic than they used to be. Just about everyone in the NBA call pull off a jaw dropping dunk. However, there’s nothing better to watch than a guy who is fundamentally sound. More specifically, a guy with a pretty jumpshot. Here are my top 5 prettiest jumpshots in the league today. This doesn’t necessarily mean best shooter because the 3-point king, Reggie Miller, was obviously a great shooter but I personally wouldn’t say his J is one of the prettiest I’ve ever seen. Rather, this is a list of guys with nice form and who are also considered good shooters.