Video of the Day: Nene throws it down hard on Nenad Kristic!

admin February 5, 2009 Blogs No Comments on Video of the Day: Nene throws it down hard on Nenad Kristic! 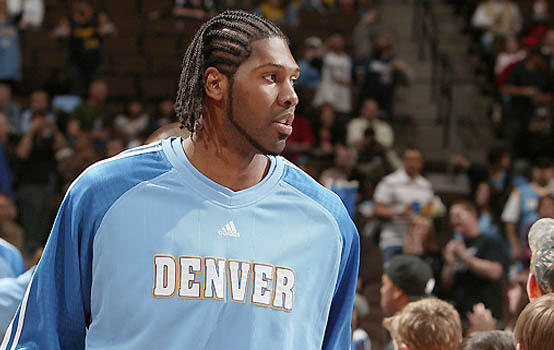 Power forward/Center ‘Nene’ of the Denver Nuggets, formerly known as Nene Hilario, locked up our video of the day last night with this huge power dunk on Nenad Kristic’s head. He did him dirty on this play. Nene is just too strong to be stopped when he gets the ball that deep in the paint and has a head of steam on.

Although Nene has had a very slow start to his career with multiple injuries and illness (testicular cancer), he has battled back from all of them to come out this season ready to ball. He’s no ‘Karl Malone’ as people early in his career had compared him too, but he certainly is picking up speed as the season rolls on.

Hey Nenad, Get Out Da Way!