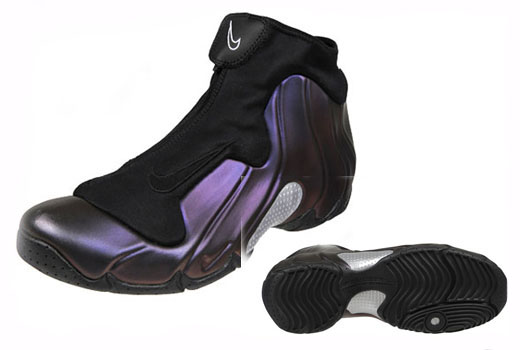 Guess what sneakerheads? We know that you have been waiting for the Nike Air Flightposite 1 to drop in the early part of 2009 but they are now scheduled for an early release in retail stores October 11, 2008! The Nike Air Flightposite Eggplants are already sold out in online sneaker stores and Footlocker will be sporting the black, metallic silver and purple eggplant so you better cop em’ while you get the chance once October 11th comes around. Price will be a staggering $180.

This shoe review was powered by The 3D Sneaker. Check out their website!