June 30th, 2008 – Dr. Anklesnap The NBA free agency moratorium is almost upon us. What does that mean? It is a designated period in which teams may hold negotiations about free agents but cannot sign contracts. It is during this time period that the NBA and NBPA conducts an audit that determines the new [...]

Top 10 NBA Players in History Not Drafted in First Round | Dr. Browntorious

June 25th, 2008 – Dr. Browntorious Tomorrow will be the biggest day in a group of young athlete’s lives. But with great joy and happiness for some, will undoubtedly come great disappointment and concern for others. I’m talking about the life changing day of the NBA Draft. Over the years there have been many draft [...]

June 17th, 2008 – Dr. Dime In Part I of our NBA pre-draft trade rumors we discussed a couple of Raptors-Knicks and Raptors-Pistons trade talks. Although we have heard that the calls of Raptors GM Bryan Colangelo to Pistons GM Joe Dumars have begun to go unanswered as of late, there apparently are still mutual [...]

Is Baron Davis leaving the Golden State Warriors this Summer?

May 11th, 2008 – Dr. Dime Baron Davis has one more year left on his six year, $84 million contract extension he signed with the New Orleans Hornets, before getting traded to the Golden State Warriors. What some fans in Golden State weren’t aware of regarding Davis’ contract is the player option he has to [...]

This has got to be one of the greatest NBA seasons I’ve ever had the pleasure of watching. From the off-season trades that brought together the powerhouse “Big Three” in Boston, to the perennial powerhouse Pistons showcasing Deeee-troit Basketball once again, to the emergence of the LA Lakers and New Orleans Hornets as the shocking [...]

Rodman was the Original NBA Planker

July 28, 2011 – The Hoop Doctors Sorry Gil, but ‘The Worm’ was the original NBA player planking. I guess Rodman was just ahead of his time. Photo evidence after the jump: [...] 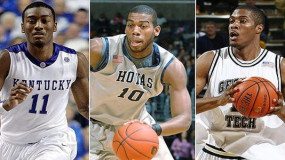 May 24, 2010 – Allen Moll As the 2010 NBA Draft is only a little more than 3 weeks away, we unveil our newest Mock Draft: Version 7.0.  Now that the Draft lottery is set, it’s probably a foregone conclusion that Washington and Philadelphia will select John Wall and Evan Turner numbers 1 and 2 respectively.  But [...]

The Effects of a Jamison to Cavaliers Trade 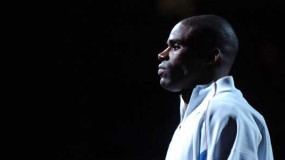 January 11, 2010 – R.S. De France R.S. De France is a College and University instructor of English Composition. He has a B.A. in English and an M.A. in Rhetoric, Composition, and Writing. One of his life-long pursuits has been writing and covering anything related to sports, specifically the NBA. Recently, De France, his wife, [...]

The Hoop Doctors NBA Mock Draft 2009: “The Full Board” 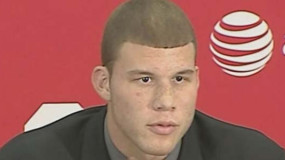 May 14, 2009 – Dr. Dime For more Mock Drafts from all sorts of Blogs and Analysts check out our NBA Mock Drafts Database! These are only my choices and not the consensus picks of all of The Hoop Doctors writers, with that said here is my full first round mock draft based on the [...] 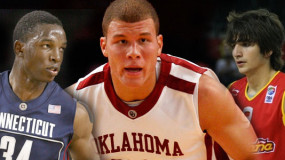 April 17, 2009 – Dr. Dime For more Mock Drafts from all sorts of Blogs and Analysts check out our NBA Mock Drafts Database! These are only my choices and not the consensus picks of all of The Hoop Doctors writers, with that said here is my Top 10 Projected Picks based on the expected [...]