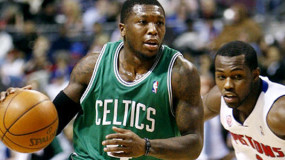 May 30, 2010 – Kevin Burke In Game 6 of the Eastern Conference Finals Nate Robinson put on quite a show. He spelled Rajon Rondo for a while after Rondo fell awkwardly on his back. Nate Rob dropped 13 of the most exciting points you’ve ever seen. In the grand scheme of things, 13 points isn’t a whole lot, [...] 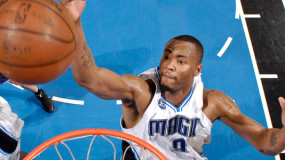 May 30, 2010 – Kevin Burke Throughout the history of the NBA, we’ve seen players sign large, exorbitant contracts and never live up to them. That is certainly not unheard of. But, then there’s Rashard Lewis who takes this to new heights. In the summer of 2007, Rashard, the former Seattle SuperSonic, signed a 6-year, $118M contract with [...]

Does John Wall Want to Play For the Wizards? 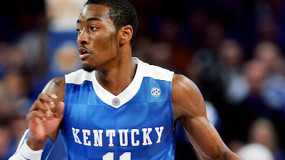 May 20, 2010 – Kevin Burke The team with the best chance at winning the NBA Draft Lottery doesn’t usually do so. In fact, the 2004 Orlando Magic were the last team to have this fortune, where they took Dwight Howard. Well, that trend continued this year. With the fifth best odds (a 10.3% chance) at winning the [...] 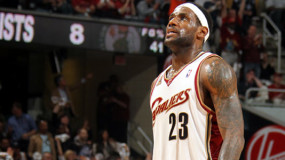 May 13, 2010 – Kevin Burke Although the Celtics handed the Cavaliers their worst home playoff defeat in franchise history, the story line coming out of Game 5 was less about Boston’s ability to click on all cylinders, as it was about LeBron James’ amazing disappearing act. The Celtics are more than capable of beating [...]

The San Antonio Spurs: The Death of a Dynasty 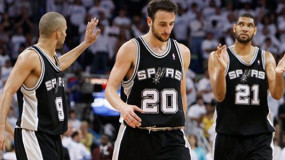 May 11, 2010 – Kevin Burke All good things must come to an end. Even dynasties in sports. The San Antonio Spurs were convincingly, and surprisingly, swept by the Phoenix Suns on Sunday night, effectively ending their season and their run as an elite team in the Association. The Spurs have been the nemesis of [...] 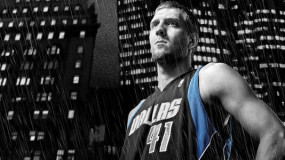 May 1, 2010 – Kevin Burke Dirk Nowitzki is one of the more uniquely gifted players the NBA has ever seen. Never before have we seen a guy of his size do what he does with the basketball, making him virtually unguardable. In his 12 year NBA career, he has averaged 22.9 points per game and grabbed [...] 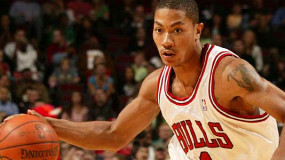 April 26, 2010 – Kevin Burke Depending on who you talk to, the players in the “best Point Guard in the league” discussion varies. Regardless of who’s on your list, Derrick Rose now belongs in this category. I just officially put him there. Prior to the 2005 draft, guys like Jason Kidd, Steve Nash and Chauncey Billups were on everybody’s [...]

Has David Lee Played His Last Game as a New York Knick? 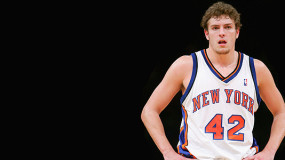 April 20, 2010 – Kevin Burke Not much has gone right for the Knicks on the basketball court as of late. They have had a handful of losing seasons in a row and have been to the playoff once in the past decade. However, the one bright spot for them the past couple of seasons [...] 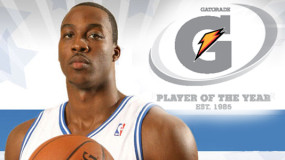 April 19, 2010 – The Hoop Doctors As the 2009-2010 NBA Playoffs kick off, every player involved is no doubt envisioning hoisting the championship trophy at the end of the season in triumph. The Orlando Magic’s Dwight Howard is no different. As a 2 seed in the east, many feel the Orlando Magic have a legitimate [...]

KG is the Latest Victim of the Unwarranted Suspension 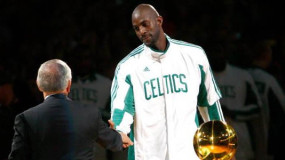 April 19, 2010 – Kevin Burke In case you missed it, Kevin Garnett has been suspended for Game 2 of the Celtics 1st round tilt againt the Miami Heat. Late in Game 1, as Garnett was standing over his teammate Paul Pierce, who was on the floor nursing an apparent shoulder injury, The Heat’s Quentin Richardson came [...]