admin August 25, 2020 Rumors No Comments on Why you should know Luka Doncic 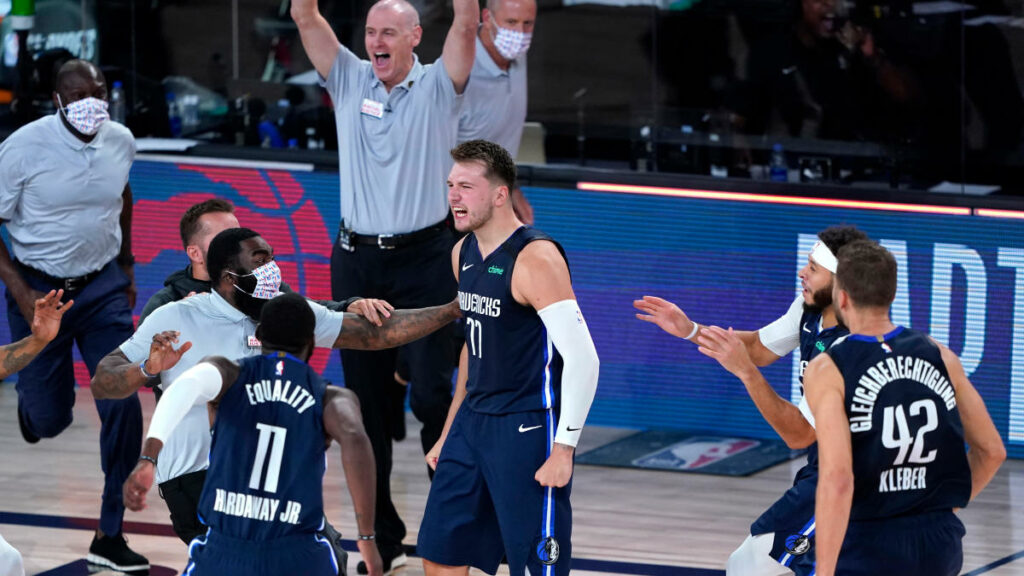 Luka Doncic has been the name on everybody’s lips lately, and his antics in the Mavericks first play off game, as well as breaking a record, has just reinforced the idea that he can easily become one of the greats in the NBA.

Luka Doncic has very quickly made a name for himself as a game winning player. The 21 year old Slovenian has been making serious waves in the league since signing for the Dallas Mavericks in 2018, and has turned himself into the player you need to win games.

His list of accomplishments already overshadows those of older, and more seasoned players, with some of the highlights being an All-Star this year, the 2019 Rookie of the Year, and part of the 2019 NBA All-Rookie first team, not bad for a player who’s only been in the league for 2 years.

Once again, a great achievement, but these 28 points took him to a total of 70 across both games, breaking the record for the most points scored in the first two games in the play-offs by a debutant since the merger of the NBA and the ABA.

He beat Kareem Abdul-Jabbar’s record by 1 point, and is now at the top of a list that includes Abdul-Jabbar, Chris Paul, and Bob Lanier. He then led the Mavs to a victory and tied up the series 1-1 against the Clippers.

Teammate Seth Curry has also heaped praise on the Slovenian, saying he is like a young Steph Curry, with multiple skills that make him an attacking force to be reckoned with, and a player that his opponents should fear.

Doncic is often described as a “positionless guard” as he can take up the spot of the point guard, shooting guard and small forward. This adaptability is what makes him so difficult to play against, as he doesn’t only play these positions, but plays them like a seasoned vet.

He is now an attacking player that the Mav’s have who is a literal game-changer. Take these two play-off games for example. The Clippers are right up there as favorites to take home the championship, and even though the Mav’s lost the first game, it was Doncic who brought them back in the second and earned them the victory.

This is the kind of attacking talent that the Mavericks need if they are planning on going further down the line in this season’s play-offs, as well as giving them a shot at possibly lifting the championship trophy.

Doncic also has size and strength on his size, not an anomaly as this is the NBA and there are many players who are gifted physically, but he then has a basketball IQ that sets him apart, can read teams, defenses, and is able to efficiently and effectively tear a team apart. Once again, incredible for a player of his age and experience.

Mavericks head coach Rick Carlisle has also had nothing but praise for the young player. When speaking about him after their win against the Bucks in early August, Carlisle was quick to draw comparisons between the Slovenian and two NBA greats.

He spoke about how well Doncic can read the game, and how he knows where every player on the court is, whether it’s on offense or defense. He said that the NBA legend had the same “savant-type” of player.

He also mentioned how Doncic is similar to Jason Kidd, and how, even at such a young age, he was already in the same mold as those two players, and showing the same skill and basketball IQ that they had.

Doncic finished the NBA season averaging 28.8 points, 9.4 rebounds, and 8.8 assists, making him easily the best player in the Mav’s team, and the player that not only helped them finish 43-32, but get the Mav’s into their first postseason since 2015-2016.

It’s easy to think that a young player, no matter how skilled, would find it tough to carry the hopes of a team on his shoulders, but Doncic is proving this theory wrong with each and every performance he puts out on the court.

Doncic is in the driver’s seat as the best young player in the NBA right now. Even if the Mav’s don’t go all the way, and leave Disney with nothing, Luka Doncic will still be high on the list, if not at the top of the list, as the best player of the season.

If he stays injury free, he can reach the heights of the Lebron’s, the Curry’s, and etch his name as the best European player to ever set foot on an NBA court, as well as one of the best players the Mavericks have ever produced. Only time will tell what this incredible young talent is truly capable of, and whether Dallas is your team or not, you’d be lying if you said you weren’t excited to see him play.