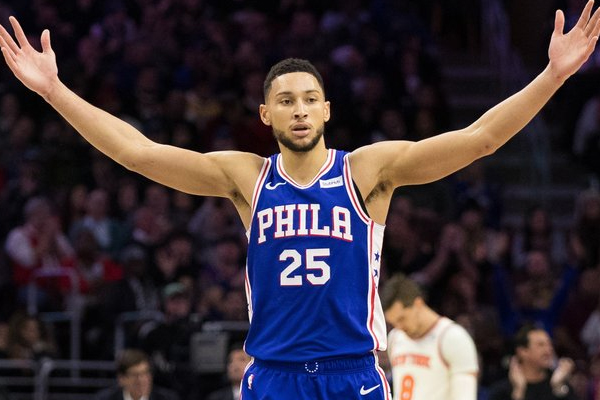 According to Rich Paul, Ben Simmons’ agent, Simmons has agreed to a max deal with the 76ers that will pay him $170 million over five years.

The Sixers announced the deal Tuesday.

One of our leaders.

“Ben Simmons is an important piece of our core and he is one of the NBA’s most dynamic and talented young players,” GM Elton Brand said. “It was a priority for our organization that we finalize a contract extension with Ben this summer. He was Rookie of the Year in his first season, an All-Star in his second and we expect him to continue grow and succeed for seasons to come. Ben positively impacts the game in so many ways and we look forward to continuing our championship pursuits with him as one of our leaders.”

This past season, Simmons averaged career highs in points (16.9) and rebounds (8.8) to go along with 7.7 (sixth in the NBA) assists and 1.4 steals per game en route to his first career All-Star Game selection. He has helped lead the 76ers to consecutive 50-plus win seasonsand the 76ers have reached the second round of the NBA Playoffs in each of the last two postseasons.