Anou Enright January 16, 2019 Blogs No Comments on Turkey Seeking Warrant for the Arrest of Enes Kanter 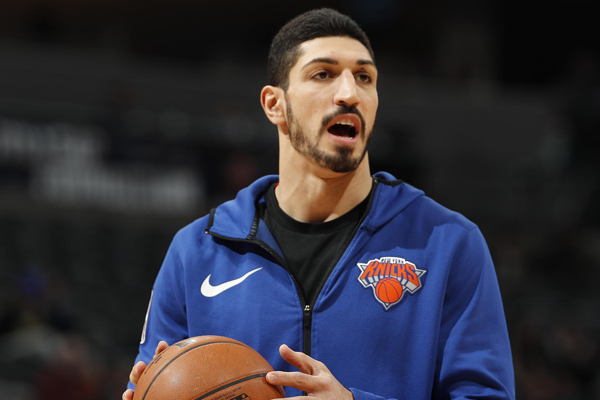 The Turkish government is seeking an international arrest warrant for New York Knicks’ Enes Kanter, accusing him of being part of a terror organization.

Sabah, a Turkish newspaper, stated that prosecutors in the country have prepared an extradition request for Kanter. Kanter has been an outspoken critic of President Recep Tayyip Erdogan, and the extradition request is based on his ties to preacher Fethullah Gulen, who has been blamed for a failed coup in 2016. They are accusing Kanter of providing financial support to Gulen’s group.

The Knicks star responded to the situation on Twitter:

Turkish Government can NOT present any single piece of evidence of my wrongdoing. ????

I don’t even have a parking ticket in the US ? (True)

I have always been a law-abiding resident. ? https://t.co/DxLgvFcTST

Turkish officials have also put out an Interpol Red Notice, which is “a request to locate and provisionally arrest an individual pending extradition.” The notice would not require the United States to comply with the request.

Kanter’s strained relationship with the Turkish government has been front and center since May 2017, when he posted a Twitter video referring to Erdogan as “the Hitler of our century.”

I'm being held at Romanian airport by Police!! pic.twitter.com/uYZMBqKx54

He also refused to travel to London for a regular-season NBA game, saying he feared he could be assassinated for his opposition to Turkish President Recep Tayyip Erdogan.

Kanter’s Turkish passport was revoked back in 2017.