Anou Enright March 6, 2018 Ryan Bawek No Comments on Tankathon 2018 Will be the Holy Grail 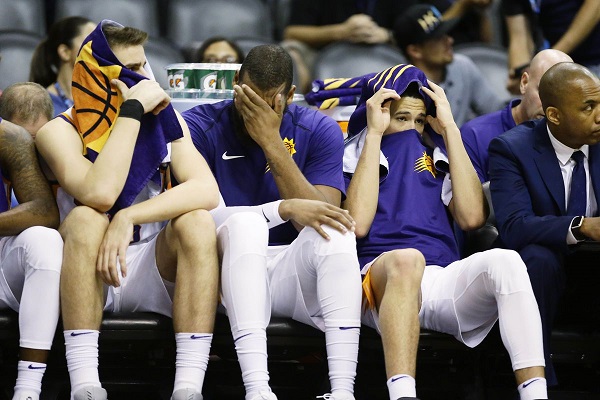 With the way the current system is set up, if you are a team that is hovering in the middle of the NBA hierarchy and don’t have a transcendent star to become a contender, the best course of action is usually to blow up your roster and start to rebuild.

In order to do that effectively, you need to bottom out to the point where you finish in the bottom of the standings and the top of the NBA Draft board.

The best way to acquire star talent in the NBA and have control over them for any length of time contract wise is to acquire it in the NBA Draft and according to the numbers, the chances of landing a franchise altering player drop dramatically the further you fall down a draft board.

By the numbers, your chance to acquire an All-Star caliber player drops dramatically after the first five picks: 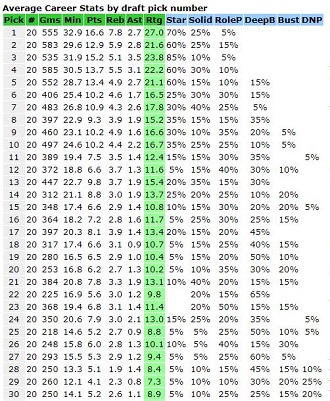 This obviously doesn’t account for the past 10 years and busts such as Anthony Bennett and Greg Oden.

Here is a more accurate representation that was done in 2017 and was found on Scout.com: 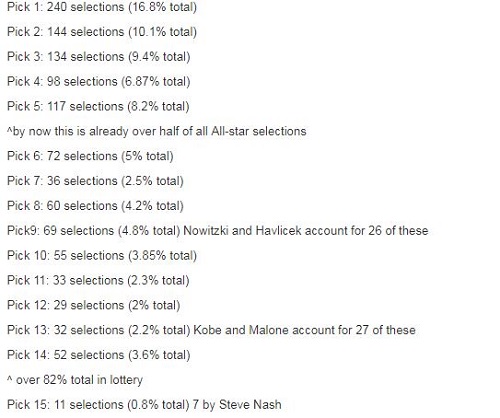 52% of all All-Star player nominations from NBA history have come from top five picks and more than 82% have been from lottery picks.

Analyzing 19-year-old kids who haven’t fully developed physically, mentally or emotionally in most instances is a difficult task for talent evaluators, but as the data shows, they have become pretty good at it across the league and it is near impossible to find a star through the NBA Draft without having a top pick.

NBA teams are fully aware of this and have followed “The Process” that Sam Hinkie made famous in recent seasons by resting their veterans, trading them or playing their more inexperienced players as a front to try and lose more basketball games.

That is more evident than ever in the NBA this season as before the Mavericks defeated the Pacers 109-103 on Monday, the bottom eight teams in the NBA had lost a combined 35 straight games in the month of February. Let that sink in for a moment.

There are eight teams between 18 and 20 wins at the bottom of the NBA standings, that is not a complete coincidence.

While there is clearly a case of the haves and have nots in the NBA in this era with many of the league’s greatest stars teaming up to form super teams (feels a lot like a microcosm for the American economy), the gap is not that egregious. These are still the best 500 basketball players in the world and the difference between No. 1 and No. 200 is not as large as you think.

This is a case of clear tanking in which teams are fully aware that this is the best and most realistic path to building a title contender and the 2018 NBA Draft class appears to be special at the very top.

Could DeAndre Ayton be this generation’s David Robinson? Is Marvin Bagley Anthony Davis 2.0? Is Luka Doncic the best European prospect ever? Could Trae Young be Steph Curry 2.0?

Combine the elite talent in this class with the current state of affairs in the NBA, the collective bargaining agreement, a player driven league and impending lottery reform starting in 2019 and we are in for one wild ride to the bottom over the last month and a half of the NBA season.

I, for one, am a Phoenix Suns fan and I was upset then they ended their 10 game losing streak in Memphis last night to avoid a win-less February by beating another 18 win team in the Grizzlies, if that is not evidence of a problem in the NBA, I don’t know what is.

The NBA needs to make a change with the lottery system, a system that rewards and incentivizes losing is bad for the quality of the game and is unfair to fans who are paying money to watch a sub-par product.

There not be an easy answer, but I believe having an eight team tournament at the end of the season to determine the top pick, top two picks or top four picks may be the way to go to discourage tanking at the very bottom of the NBA and encourage teams that are at the bottom of the league to make strides to improve in order to compete in the tournament.

Teams nine through 16 could also compete in a tournament to determine the final two playoff spots for a given season as well and players can be further incentivized with a bonus for being on the winning team in either of these tournaments.

This would add more intrigue to the playoff race and more legitimacy to the league and lottery race while providing more TV rights and revenue for the league.

There are probably better ideas out there, but this season has made it more evident than ever that more lottery reform is needed in the NBA.