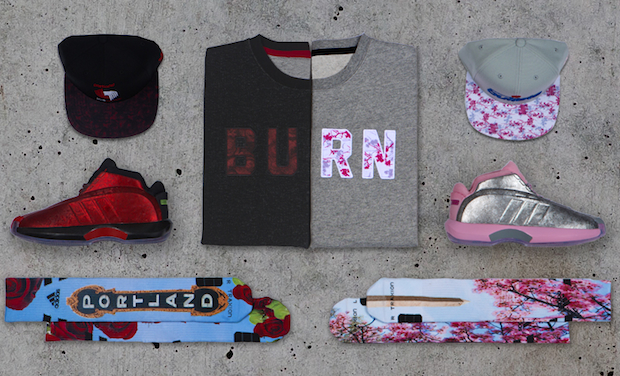 Though the Kobe 1 might have been a bit progressive for the year 2000, being in 2014 this design is definitely more suited for the times. In celebration of the Spring season and to highlight the NBA Playoff run of both John Wall and Damian Lillard, adidas put together the Florist City pack featuring two new adidas Crazy 1 colorways.

For Damian Lillard, the ‘Rose City’ adidas Crazy 1 draws its colorway inspiration from the rose gardens around the Portland area. The rose design on the upper is hidden in the monochrome, metallic red upper and also works to celebrate the Rose Festival held in the PDX area.

We gave you the rundown of the backstory of the adidas Crazy 1 PE for John Wall is with the ‘Cherry Blossom’ colorway and theme on the 2000 signature sneaker for Kobe Bryant last week, so it isn’t too necessary to go into it great detail here.

Both colorways of the Crazy 1 from the adidas ‘Florist City’ set go on sale on March 19th for $125. 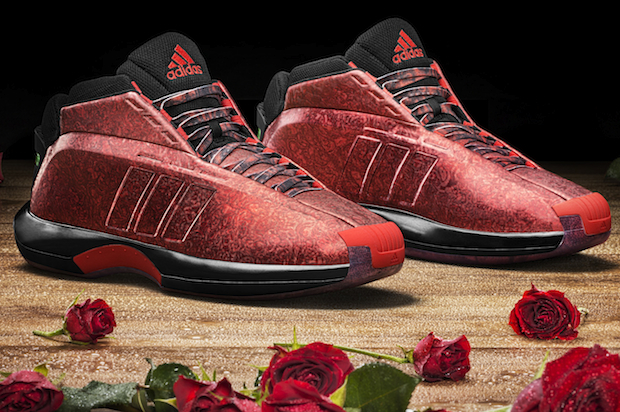 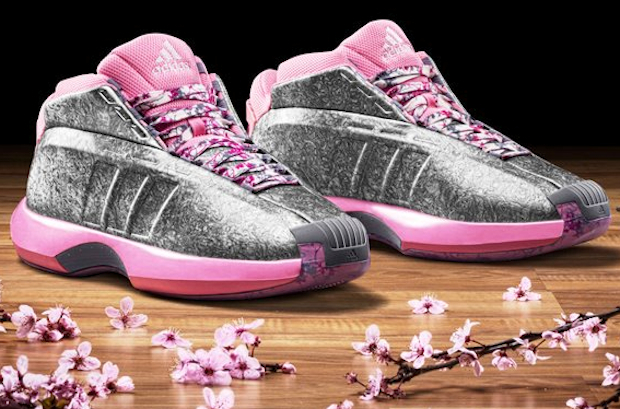