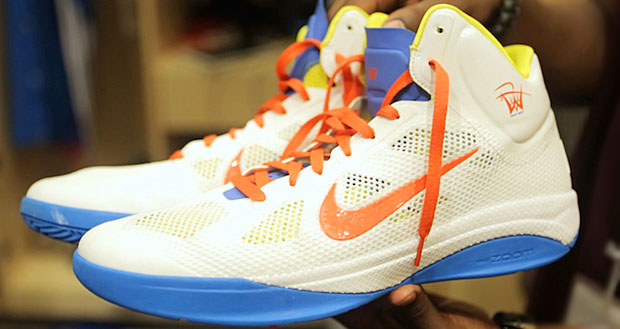 During the season, Russell Westbrook wore the 2011 Hyperfuse mostly but ever since the post-season start the he’s been rocking the original Hyperfuse. This ‘Home’ version features a white upper fused together through Nike’s Torch process with the accenting colors following the Oklahoma City Thunder colorscheme showing the orange on the branding and laces and the blue on the tongue and outsole; Volt is used on the lining. “RIP KB3” can be seen on the tongues paying homage to his recently deceased friend from LA.

This PE is very similar to the ‘three 4 five’ KD IV that Durant had created earlier in the year; note that neither pairs haven’t been worn during the Finals yet.

Russell Westbrook, along with Rajon Rondo, were the two players who spearheaded the Hyperfuse movement in 2008 and were also the first to have Player Exclusives created. If the Thunder pull out a win tonight during Game 4, the series shifts back to Oklahoma City where Mr. Why Not will get to lace these up at least one more time. 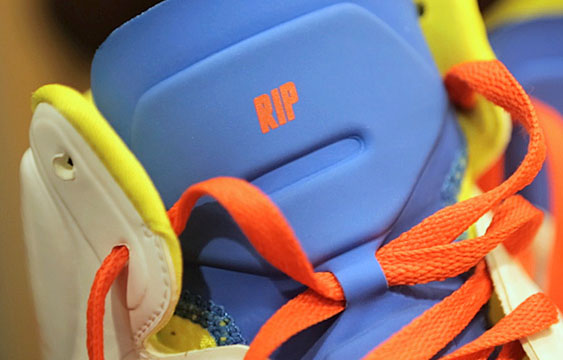 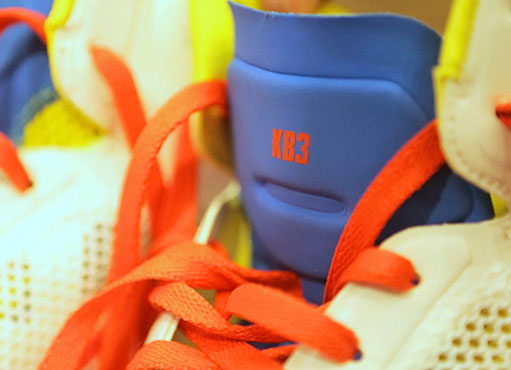 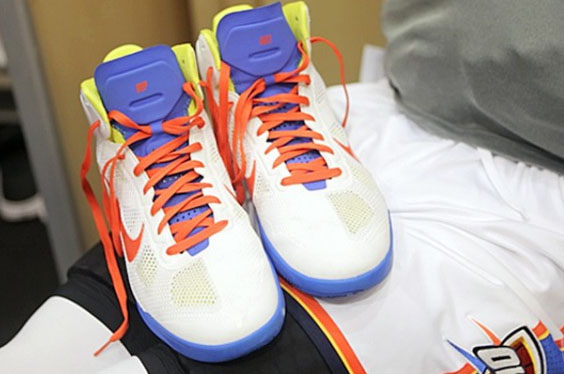