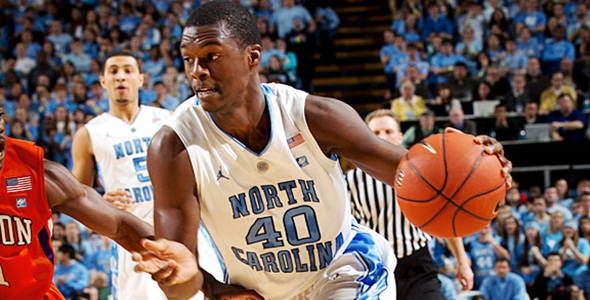 While the 2011 NBA Draft was a supposed weak field, the 2012 version of the Draft is shaping up to be one of the best in recent years. Next June, we will be hearing names of potential franchise players like Barnes, Sullinger, and Davis called by David Stern rather than some international player that will be stashed in Europe for a few seasons.

With news that UNC’s Harrison Barnes, Ohio State’s Jared Sullinger, and Kentucky’s Terrence Jones deciding to return for their sophomore campaigns coupled with an outstanding incoming freshman class led by Austin Rivers, Anthony Davis, and Mike Gilchrist, all ready to make their mark on the college ranks, it wouldn’t surprise me to see a number of NBA teams setting themselves up to move up into the Lottery for next year’s Draft.

For arguement’s sake and with the upcoming ’11-’12 NBA season potentially in jeopardy, we’ll keep last year’s Draft order intact.   As always, these are the picks of one writer and may not be the consensus selections of all TheHoopDoctors.com writers.

John Henson, UNC , F, 6’10, 210lbs, Junior  – Henson has been flirting with the NBA ever since his freshman season and has made great strides in strength and conditioning in his 3 years on Tobacco Rd.  Although he prefers to play the perimeter, his future in the NBA is in the paint.  If he continues to improve his low post game to match an already above average shooting prowess and shot blocking ability he will hear his name called in the 2012 Lottery.

Mike Gilchrist, Kentucky, F, 6’7, 210lbs, Freshman – Gilchrist will be an immediate impact newcomer for Kentucky next season.  Already regarded as a lock-down defensive demon, he also averaged 20 ppg as a senior in HS.  While he’s a bit undersized for the SF position, he dominated HS competition the way very few did last season.  If he improves his outside shooting, look for him to hear his name called early in next year’s draft.

James McAdoo, UNC, F, 6’8, 230lbs, Freshman – As the nephew of NBA HOF Bob McAdoo, it’s in the genes that James become an elite level collegiate and possibly an NBA player.  The younger McAdoo has already made his mark in the HS ranks, winning MVP honors in the Jordan Classic, and finishing as a Top 10 player in the 2011 Class.  If he can crack the starting line-up, McAdoo should be a break-out star in the college ranks from day one.

Josiah Turner, Arizona, PG, 6’3, 185lbs, Freshman – Although Arizona lost #2 overall pick Derrick Williams to the NBA and PG Momo Jones to transfer, they bring in a potential star in Turner.  He will be a superstar from day 1 and will garner some PAC-10 POY votes.  Turner ranked right alongside Teague and Kabongo in the 2011 Class as the best floor generals and should provide a boost offensively for Coach Miller, who has assembled a freshman supporting cast for Turner that rivals Kentucky in the East.

Quincy Miller, Baylor, F, 6’9, 210lbs, Freshman – After suffering through a severe knee injury forcing him to miss most of the major season ending HS All Star games, Quincy reportedly will be near 100% by season’s start.  That’s a bad thing for Big 12 competition since Miller was ranked as a Top 5 player in the 2011 Class and has a game that compares favorably to 2 time NBA scoring champ Kevin Durant.  He probably is a tad mor potent inside the paint than Kevin, but is one of the most versatile big men we will see in the college ranks.