Oscar Robertson Doesn’t Think Jordan is the Greatest Ever 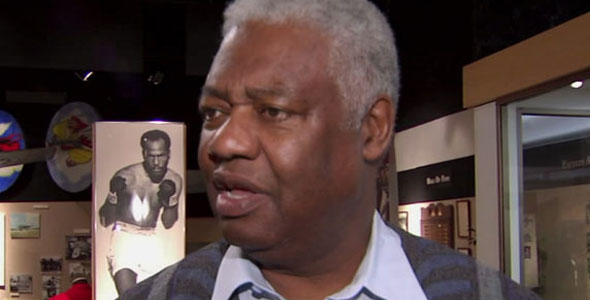 Look at what Scottie Pippen has started. He just had to open his mouth last week and say that LeBron James may be the greatest player ever. I’m sure when Pip made those comments, he had no clue that Oscar Robertson would jump in as well. Yesterday, while making an appearance on the Dan Sileo Show on WDAE in Tampa, Robertson was asked what he thought about Scottie’s comments concerning Michael and LeBron. That apparently struck a nerve with the Big-O:

“I didn’t hear the comments. Let me tell you about what being great is. Ever hear of Elgin Baylor? Never mention his name, do we? Great basketball player. You know what you have today? Michael Jordan was a great player, but he won after Chicago got Pippen, Grant and those other players to go along with him, because for a while they couldn’t beat Detroit.

“Everybody looks at what you’ve done. Sure he won six championships, Russell won eleven. There are other players on these teams when they play. They don’t play by themselves. Michael Jordan is a great player. Was he the greatest? Ask Kobe that. Ask Bill Russell. Ask Oscar Robertson. Ask Wilt Chamberlain. Ask Elgin Baylor, Jerry West, ask those guys.”

“The problem today is you get some people who have never been around a basketball. The media now has anointed Michael Jordan the greatest of all time. Is he greatest of all time? No, I don’t think he is. I think he is a great player. There have been other great players as well, great players before I played. Now you have a situation where Pippen is saying (James) could be better than Michael Jordan, and everyone gets so upset by it. All these commentators, did they ever see any of these guys play?”

Wow. Let that marinade for a minute. Somewhere right now, Jordan is thinking to himself, “Did I miss something? Where is all of this coming from?” And he’s also pissed. Everyone knows that Jordan wants nothing more than to always be considered the greatest ever. See his Hall of Fame inductee speech for further evidence of this.

Like I said in Podcast 55, whether you agree with Scottie Pippen or not, who are we to call his claim crazy? The man played with Jordan. If there’s anyone walking this Earth who has enough credibility to make such a claim regarding Jordan, it’s Pippen. You can certainly disagree with him, but no one can dismiss his comments as being complete absurdity. Why? Again, because he’s Scottie Pippen.

Similarly, I also see where Robertson is coming from. With each passing day, the collective sports fan continues to dismiss the relevancy of more and more events that took place before they were born. That’s primarily because they aren’t aware of them. I take writing and podcasting for The Hoop Doctors very seriously because I’m extremely passionate about basketball and above all, I’m a fan of the game. Therefore, I’ve also always had a fond appreciation for the history of the League and have noticed that what happened in the NBA prior to the 1976 NBA-ABA merger isn’t referred to nearly as often as what has occured since. Of course, Robertson retired prior to the merger so he falls into that forgotten timeframe so I’m sure there’s a certain level of disdain when “the greatest ever” debate comes up. Actually, there’s isn’t a debate because like he said, we have already unilaterally given that distinction to Michael Jordan.

As time goes on, it’s only going to get worse for Robertson and his brethren from the early days of the League. When I stop and think how young some guys in the league are, and given the world we now live in in 2011, I realize that Allen Iverson will eventually become a distant memory. The youngest player in the NBA today is Utah’s Derrick Favors. To put that into historical context, not only is he too young to have any vivid recollection of Michael Jordan’s playing days whatsoever (even in Washington), but he was born the same year Shaq entered the League.

Sorry, where was I? Oh yeah.

This is the first time I’ve ever heard anybody, let alone two Hall of Famers denounce Michael Jordan’s greatness. It’s silly for me to argue with Oscar Robertson or Scottie Pippen, so I won’t. I’ll just say that if Mike isn’t the greatest, the list of those who are/were better is a very short one. And for what it’s worth, I’ve always thought Oscar and Elgin Baylor to be among the most under appreciated players ever. Ironically, they’re both pre-merger guys.