Believe it or not, it’s been exactly five years since the NBA announced that there would be a dress code which, at the time, caused much discussion, reaction and ill feelings alike. David Stern is no stranger to enacting initiatives when he thinks it will benefit his product and make it more appealing. He did it with the “One and Done” Rule as well as stating that the league will be playing meaningful, regular season games overseas. 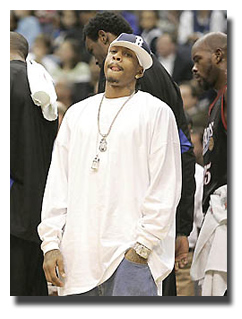 But this was a bit different. The reaction to the dress code wasn’t of the typical variety for a myriad of reasons. But five years later, was it a success or a failure? Was it truly racist afterall?

When we first heard that there would be a dress code in the NBA, many didn’t know how to react to it. Myself included. It came somewhat by surprise because when you look at other sports leagues in the U.S., there isn’t such a thing. Inactive baseball players appear in the dugout in uniform and football players who are not suited up are usually in warm-up type attire issued by the team. But basketball players had free license to come however they wanted. This “come as you are” mentality apparently didn’t appeal to David Stern, so he felt that a dress code was necessary.

When the announcement came that there would be a league wide dress code imposed, it was met with mixed reactions amongst NBA players. You had certain guys in the league applaud the new rule, saying that it was in the league’s best interest to clean it up a bit.

Five years ago Grant Hill said, “I like to dress up. When I first came into the league, it was like guys were competing in fashion. I think it’s good. Some guys are going to complain, but I understand it.” Shawn Marion also added, “If they’re trying to change the image of the league, that’s cool.”

Then you had guys who were less than thrilled by it. At the time, Allen Iverson said “I think it’s wrong. You shouldn’t judge a person from what they wear.” Andrei Kirelinko added “I don’t think it’s quite comfortable…”

Some even went so far as to hint towards racism. Those that felt that way did so largely because a certain section of the dress code specifically outlaws “Chains, pendants, or medallions worn over the player’s clothes”, which were mainly worn by some of the black players in the league. I see things differently now than I did five years ago, and at the time, I thought that part of the rule was a bit questionable because of the aforementioned reason.  But as time went on, I realized that in a league where roughly 3 out of every 4 players is black, it’s tough not to have pieces of the rule that scream racism whether it’s justified or not. I eventually looked at that as Stern reminding them that they’re at work, although that part of the rule clearly spoke specifically to a certain group of players.

What had to be kept into perspective throughout this whole ordeal is why David Stern found the dress code to be necessary in the first place. It was the post-Michael Jordan era, which was led by Allen Iverson, the NBAs biggest trendsetter of all-time. Considering all of Iverson’s greatness, what I applaud him most for was just being himself. Allen didn’t conform to anything. He didn’t change one bit from how he grew up in Hampton, Virginia (that can be looked at as both good and bad). Before long, Iverson’s image swept through the league and the Association didn’t resemble itself from just a decade previous.

Then, of course, came Ron Artest on November 19, 2004. Malice in the Palace. Naturally, I’m speaking of the fight at the Palace of Auburn Hills, between certain members of Artest’s Pacers, some members of the Detroit Pistons, and some Pistons fans. If there was ever something that a league didn’t need, it was the NBA and this. My feelings on the incident aside, the timing of this couldn’t have been worse for the league. It would have been impossible to image a worse scenario.

Basketball was already plummeting rapidly from the good graces of mainstream media prior to this incident. This was the proverbial straw that broke the camel’s back. In the years leading up to the fight in Auburn Hills, I can’t even tell you the number of sports fans that I spoke to that would practically boast about how they don’t really follow the NBA anymore. It was almost as if you were less of a person if you did and I found myself continuously defending the league as if I earned a check to do so. Naturally, that number only grew after this fight and because of the amount of coverage that it received. 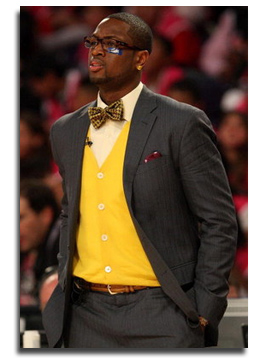 This left David Stern looking for anything that could help in turning around the face of the league, because I truly feel that in the 64-year history of the league, November 19, 2004 was the darkest day. It’s no coincidence that the dress code came the following off season. Was this something that Stern planned to do ahead of time? Personally, I don’t know. But even if it was, this expedited the process. Stern even went so far as to ban Dwyane Wade from wearing a personalized band-aid.

I’ve said it before, Stern is the consummate business man and his sole objective is to improve his product, no matter the cost. Realizing that people scoffed at the NBA, he did what he saw fit. What I admire about Stern is that he truly doesn’t care what people think about his rules. He’s not trying to make friends. He’s trying to make money, and he felt as if the image of his league was impeding his ability to do the latter. At first, the Iverson-influenced image of the league was a novelty and made Stern money. But then it proved to be a hindrance and that’s when moves were made. Stern is a very sharp guy, so he had to have known what type of reaction that this was going to garner, but again, he isn’t concerned with how it is received. He even went so far as to say:

“If they are really going to have a problem, they will have to make a decision about how they want to spend their adult life in terms of playing in the NBA or not.”

The league and proponents of the new rule tried to deflect the attention away from perceived racism by pointing out the fact that Steven Nash and Dirk Nowitzki needed to clean it up as well. I concede that Nowitzki routinely looked like he just rolled out of bed and Nash often times resembled a failed guitarist. Gradually, the aspect of racism faded away as time went on.

For some teams, such as the Knicks, it didn’t really matter because they already had their own team enforced dress code, which is why you always saw their players in suits. But for others, of course, it was an adjustment.

Fast forward five years, to today. I still think of the dress code every time I see guys on the sidelines with suits on. But did it help the image and perception of the league? Are those who used to brag about not being a fan of the NBA now interested in what’s going on? I do think that the perception of the NBA has progressed in the last five years, but still has a long way to go. In the early 90s, you could argue that it was the league with the most popularity, or at least it was somewhere near the top of the list. Stern wanted his league to get back to where it once was.

I can say with a level of certainty that the league is in a better place now than it was five years ago. That is inarguable. But you could point to a bunch of reasons to help explain that. Two Lakers vs. Celtics Finals matchups in the last handful of years surely helped. The dress code didn’t hurt the league, and I’m sure it did play a role in boosting the improved perception of the league. To what extent is anyone’s guess, and looking back five years later, I can honestly say it was a good thing.

What are your thoughts on the dress code? Did it improve the perception of the league and its players? Was it racist?