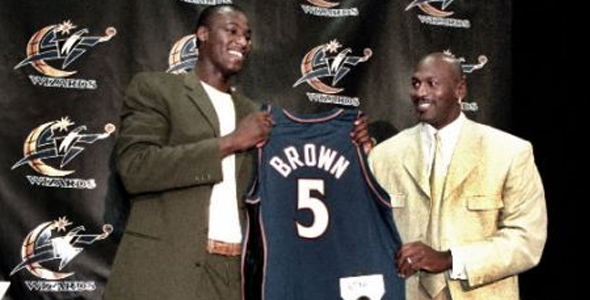 Today the GM of the Charlotte Bobcats announced the official signing of free agent big man Kwame Brown. Yes, that’s right folks. That means Michael Jordan who drafted Brown with the #1 overall pick 2001 when he was the Director of Basketball Operations for the Wizards (which many consider to be the worst draft decision of all time), will once again be taking a chance on Kwame Brown by bringing him back into the fold. Here are the details:

Charlotte Bobcats General Manager Rod Higgins announced today that the team has signed free agent center Kwame Brown. Per team policy, terms of the deal were not disclosed. Several media outlets reported that the deal would be for one-year and the league minimum.

This whole signing makes me wonder about one thing. It’s silly. Really silly……will Michael Jordan come out of retirement to play for the Bobcats if Brown doesn’t perform well?