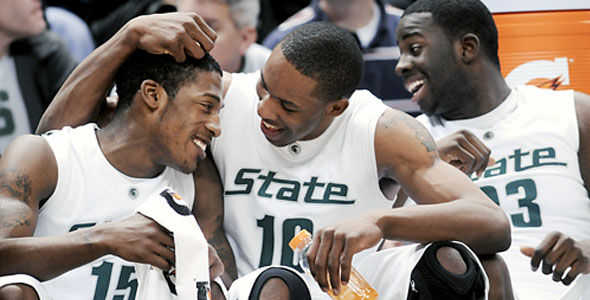 This is by far the dunk of the NCAA Men’s Basketball tournament so far! Certainly will be the dunk of the Final Four. Durrell Summers of Michigan State on the fast break today went to the rim hard for a dunk. Stanley Robinson of UConn went way up for the block and got a piece. But it wasn’t enough. Durrell Summers wouldn’t be denied, he powered it through the block and……POSTERIZED Robinson! This is just plain sick, even the cameraman was shaking with joy afterwards: