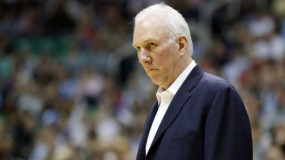 On Tuesday night, Spurs head coach—Greg Popovich—added another accolade in his much decorated coaching career with the Spurs 95-93 road victory over the Indiana Pacers that officially handed him his 1000th victory as a coach. However, this was not an easy win to get as it ultimately required the heroics of Marco Belinelli, who nailed [...] 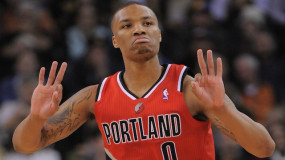 With Clippers power forward Blake Griffin unable to participate in this years All-Star Game due to an injury—NBA Commissioner Adam Silver immediately took action by announcing Griffin’s replacement, and without any surprise—it will be Blazer’s point guard Damian Lillard. Lillard has undoubtedly been having a fantastic season and the Blazers wouldn’t be one of the [...] 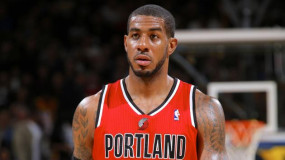 Portland Trailblazers star LaMarcus Aldridge was initially expected to be sidelined for the next six to eight weeks due to an injured left thumb that requires him to undergo surgery. But to everyone’s surprise he made a bold decision to delay his surgery until the end of this season. This decision from Aldridge is certainly [...] 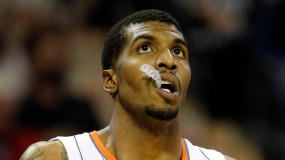 The Memphis Grizzlies have been quite remarkable this season at 29-12, placing them at the third spot of the wild Western Conference. But despite this, the team is still looking to add improvements to the current roster and have been closely looking at a number of free agents who could contribute to the team. That [...] 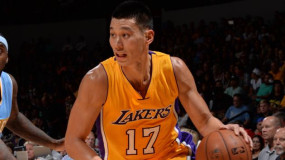 Ever since the explosion of ‘Linsanity’ back in 2012 with the New York Knicks—Jeremy Lin hasn’t been able to live up to that kind of performance. After his short stint with the Houston Rockets and currently this season with the Los Angeles Lakers, he’s still trying to recreate the magic he had in the Garden. [...]

Melo considering sitting out rest of the year with knee issues 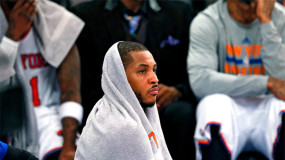 With the New York Knicks unlikely to get anything going this season, their all-star forward Carmelo Anthony has been consistently missing games with an ailing knee injury. His knee injury has been bothering him since almost the start of the season, which has now made him consider possibly sitting out the rest of the season [...] 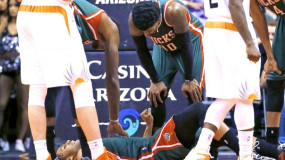 Milwaukee Bucks rookie Jabari Parker suffered a left knee injury during their thrilling 96-94 victory against the Phoenix Suns. He immediately went for an MRI the next day which revealed a torn anterior cruciate ligament (ACL) in his left knee. The Bucks have announced (via twitter) that Parker is sidelined for the remainder of the [...] 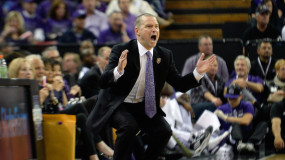 The Sacramento Kings have surprisingly fired their current head coach—Mike Malone—and assistant coach Tyrone Corbin will be appointed as their interim head coach, according to Adrian Wojnarowski of Yahoo! Sports. This surely comes as a shock for most people. The Kings are actually having a pretty solid start this season (11-13), especially, when you compare [...] 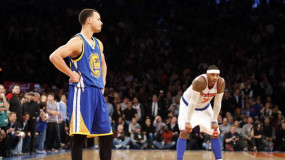 Back in the 2009 NBA draft, the Golden State Warriors drafted sharp-shooting guard Stephen Curry as the seventh overall pick. The next to draft after them were the New York Knicks, who were actually planning to draft Curry as well, but ended up with Jordan Hill as the eight overall pick. During that night, little [...] 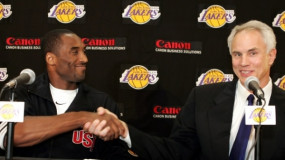 The Los Angeles Lakers are likely headed towards another atrocious season, and the only person keeping them relevant to watch is their future Hall of Famer—Kobe Bryant. At his age of 36, he’s been playing above expectations by leading the league in scoring with 25.2 points per game, but is shooting just under 40 percent [...]