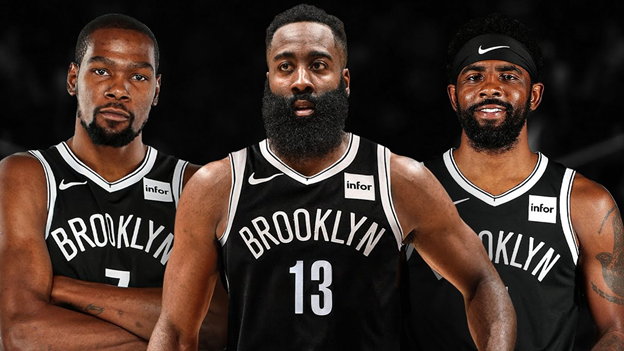 The 2021 NBA post-season is well underway. And to say it’s not quite going as we thought it would could be the biggest understatement we have ever made about an NBA playoff run. The play-offs have begun, and teams that sports betting sites tipped to be favorites early on, haven’t even progressed through the first round.

The early-season favorites are out

The Los Angeles Lakers, the defending N.B.A. champions led by LeBron James. They have had a tough old season, struggling with injuries that have arguably cost them throughout the campaign. But when you have a man like LeBron James on your side, nothing is ever impossible. Or at least, it never normally was.

That was until they stepped up against the Phoenix Suns, who eliminated the Lakers from the N.B.A. playoffs on Thursday night with a 113-100 victory in Game 6 of their first-round series. If it wasn’t bad enough that LeBron couldn’t lead them to back-to-back victories, it was made worse by the fact that this is the first time in James’ career he has exited the playoffs in the first round. Still, that was some record he kept up.

Who are the new favorites?

Well, with “the big three” the Brooklyn Nets are always going to be one of the top contenders, and they’ve been involved in two of our games of the season so far. Winning one and losing the other, just. They finished 2nd in the Eastern Conference but they’re now hitting form.

They pulled the Milwaukee Bucks in the first round, and they won Game 1 115-107. So they’re in prime position as it stands to go through to the next round.

But as one of our other favorites for the championship, the Bucks won’t be a pushover, and will no doubt come back fighting in Game 2. With star players like Giannis Antetokounmpo and tough, resilient players like Bobby Portis, they have every chance as well, albeit one step behind the Nets at the moment.

Only one of those can go through, and when they do, they’ll potentially have to face the Philadelphia 76ers, the Utah Jazz or the team who knocked the Lakers out, the Phoenix Suns.

The 76ers were the highest-ranked team in the Eastern Conference, beating the Nets to top spot. But they have lost their star player Joel Embiid, so could that hamper their chances? Or could he return in time to help them lift an NBA Championship?

As for the Jazz, they were the top side in the Western Conference, with Donovan Mitchell having had an incredible regular season. He had the best record in the whole of the NBA, and if he keeps it up, he could easily take the Jazz to the finals and bag himself that championship title.

But let us not write off the Suns. The first team to put LeBron James out in the first round. That takes some doing, and that win will no doubt have the team full of confidence, and if they can ride that adrenaline rush, it could carry them all the way to victory at the end of the season.