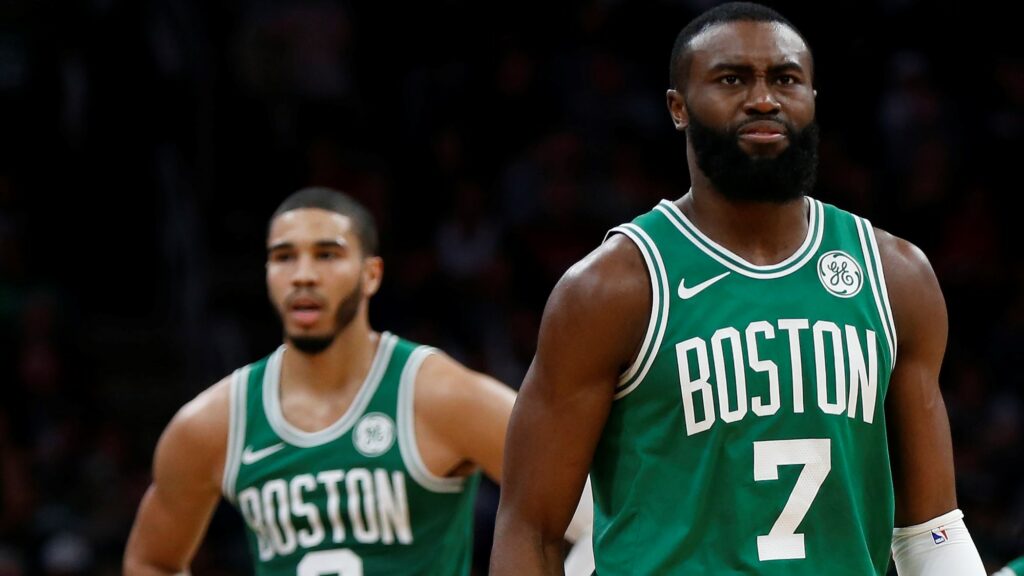 The Boston Celtics have turned over the success of their franchise to Jayson Tatum and Jaylen Brown after allowing another veteran to leave during the off-season. Boston have seen Kyrie Irving, Al Horford and now Gordon Hayward depart the team over the last two years.

General manager Danny Ainge has committed to a policy of youth in the key roles of the Celtics’ starting line-up. It has been a growing process for Boston since allowing cornerstones Paul Pierce and Kevin Garnett move on in a trade deal after their failure in the 2013 post-season.

Brown and Tatum were acquired with the picks that the franchise attained in the move with the Brooklyn Nets. The two players have slowly developed in their respective careers. Brown will be entering his fifth season and has been a formidable two-way player, while Tatum showed signs towards the end of the last campaign of becoming one of the most potent points-scorers in the NBA.

Both players were helped in their development by the veteran figures of Irving, Hayward and Horford. However, now the success or failure of the franchise is now firmly in their hands. They are considered one of the leading contenders for the NBA crown in the sports betting at Space Casino with odds of 14/1.

Brad Stevens’ side were beaten in the Eastern Conference Finals by the Miami Heat and face strong competition this season from the Milwaukee Bucks, who have retooled their roster behind MVP Giannis Antetokounmpo. The Heat are a team on the rise and will be challengers for a while with Jimmy Butler and Bam Adebayo in their ranks. Brooklyn armed with a healthy Kevin Durant and Irving could be on course for a challenge should they form a cohesive unit on the court.

The Philadelphia 76ers and the Toronto Raptors will also be in the mix, therefore Stevens and his team face a massive challenge to even return to the Conference Finals. They were not able to lure any major free agents to the TD Garden in the off-season. Tristan Thompson and Jeff Teague are solid options, but not players that are going to sway the balance in the Eastern Conference.

Tatum and Brown will have to be the ones to make the difference to raise their respective games to new heights. Tatum averaged 23.4 points per game last term and is more than capable of reaching the 25-point mark that would take him into the company of Giannis and LeBron James. However, in the clutch moments in the post-season, he was inconsistent, especially against the Heat. Stevens will want to see growth from the 22-year-old in that area against the best in the Eastern Conference, considering his huge contract extension.

Brown enjoyed the best year of his career, taking his production to new heights. He averaged 20.3 points per game in the regular term and was even better in the playoffs. There will be more pressure on him to produce in the absence of Hayward, while losing none of his vigour at the other end of the court. The 24-year-old is one of the best defensive players in the NBA and cannot afford his standards to drop in the 2020-21 campaign as he takes on more responsibility in the attacking third.

Kemba Walker had a solid first term in Boston, but could not raise his standards in the playoffs. At the age of 30, he is what he is. Walker is not the player that the Celtics hoped would take them over the top, but the point guard will be a very effective support player for Tatum and Brown. The same can be said of Marcus Smart alongside Teague and Thompson.

The Celtics have made it abundantly clear in their approach in the off-season that their future and their hope for championships rests on the shoulders of Tatum and Brown. The two men face a massive task proving their franchise right in a talented Eastern Conference.