admin July 30, 2020 Rumors No Comments on Yahoo Sports and NBA Bring Future of Sports Entertainment to Life through Virtual Reality 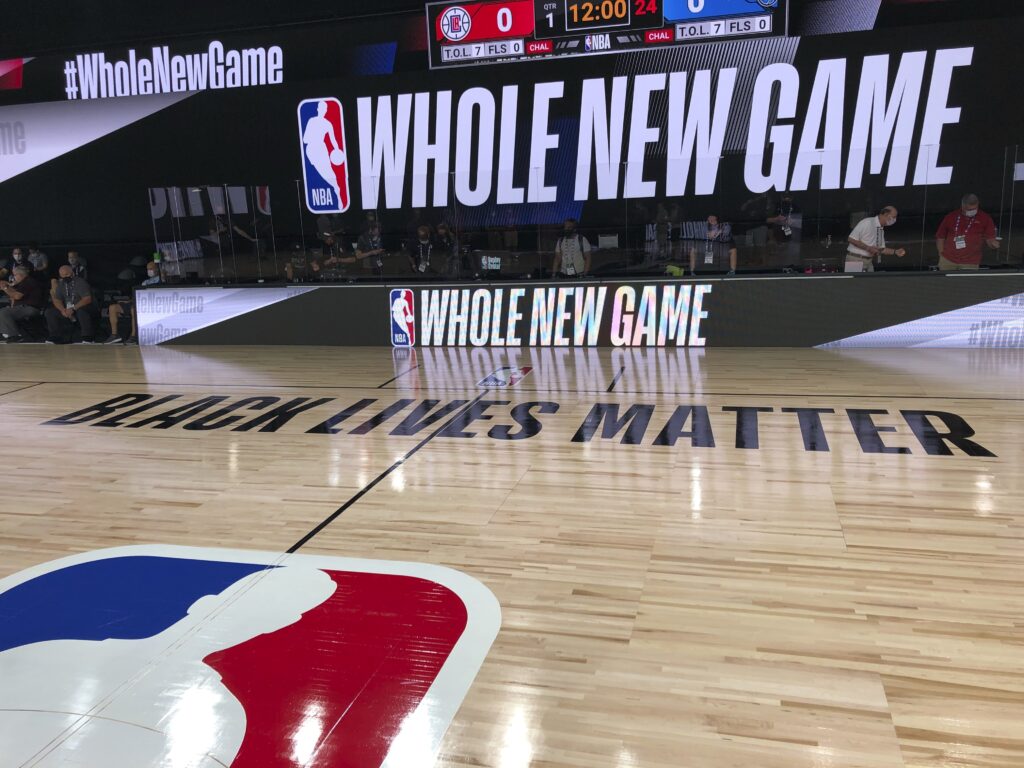 NEW YORK, July 30, 2020 (GLOBE NEWSWIRE & Yahoo Sports) — Yahoo Sports and the National Basketball Association (NBA) are joining forces to enhance the at-home fan experience with a multiyear relationship that will make Yahoo Sports an Official Marketing Partner of the league and RYOT a live virtual reality (VR) production partner during the NBA Restart in Orlando. The relationship will also allow Yahoo Sports to engage fans through fantasy and sports betting in unprecedented ways, including the right to create sports betting content and expanding Yahoo Sports’ existing distribution of NBA League Pass, the league’s premium live game subscription product, to include gaming integrations.

To bring an immersive, arena-like experience to fans, RYOT, an innovation studio, will produce live NBA games in VR and transport the physical games taking place at ESPN’s Wide World of Sports Complex to fans at home via their Oculus devices. This next-gen content is the latest example of how VR can transform sports and entertainment by blurring the lines between virtual and physical.

More than a dozen live NBA League Pass games will be distributed in VR via Oculus Venues on Oculus Quest and Oculus Go headsets beginning Friday, July 31 through Friday, Aug. 14. As part of a partnership with Oculus to power the NBA League Pass VR experience during the NBA Restart, fans can enjoy the action by purchasing a Quest headset here. For a full schedule of games available in VR, visit nba.com/vr.

“RYOT’s powerful VR capabilities will deliver a truly immersive live experience at home, creating a seamless experience between the physical and digital world,” said Guru Gowrappan, CEO of Verizon Media. “NBA League Pass in VR is exactly the kind of innovative solution we love to create with our partners. Working with the NBA to redefine the fan’s experience of the game has amazing implications for the future of sports and entertainment.”

“As the NBA Restart tips off this week, our expanded relationship with Yahoo Sports will offer a variety of unique ways for fans to engage with the NBA,” said Bill Koenig, NBA President, Global Content & Media Distribution. “With everything from fantasy games, sports betting integrations, gaming-focused content and NBA games in VR, there will be no shortage of opportunities to get closer to the game.”

Yahoo Sports will continue to operate the exclusive season long fantasy game of the NBA, create NBA-branded daily fantasy and sports betting integrations and will collaborate at marquee events including the NBA Draft presented by State Farm and NBA All-Star weekend. Yahoo Sports will also be the presenting partner of NBA Pick’Em: Playoffs Bracket Challenge which will be integrated into NBA TV, NBA.com, the NBA App and other NBA Digital assets, which are jointly managed by the NBA and Turner Sports.

Yahoo Sports, Yahoo Fantasy and Yahoo Sportsbook will deliver expanded NBA content throughout its platforms. This will include distribution of live, out-of-market games in NBA League Pass and opportunities to engage fans in fantasy and betting through digital overlays. The relationship will also include two shows focused on fantasy and betting to coincide with the NBA Conference Finals and NBA Finals. Game footage from the NBA, WNBA and NBA G League will also be used to create content, such as game previews and recaps, to help inform fans participating in season long fantasy, daily fantasy and sports betting.