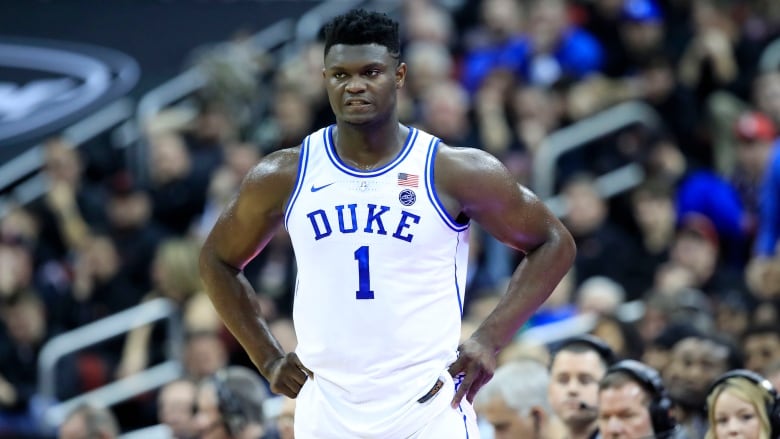 The NBA tends to be pretty predictable. The same teams rule the regular season, earn top seeds and cruise to the NBA Finals.

Golden State has been playing for a championship for each of the last four seasons and it’s doubtful that crazy run ends this year. As it stands, betting on the NBA Finals looks to be easy money if you back the Warriors.

Perhaps someone like the Rockets, Raptors, 76ers, Celtics or Bucks will prove me wrong. Personally, however, I’ll look to the 2019 NBA Draft for a little more excitement, seeing as nobody really ever knows what will happen beyond the top pick.

Zion Williamson presently looks like the locked-in pick at #1, regardless of who picks there. The New York Knicks lead the way for the moment, but The Lottery will dictate the precise order.

We can’t know that yet, but we already have a good idea about two things; which 14 teams will be vying for a top pick in the 2019 NBA Draft and which prospects they should want to select.

Using the current NBA records, let’s gauge where the top prospects could go later this summer:

Williamson is the best player in college basketball right now. He can change games as a scorer, defender and with explosive plays. He’s truly sensational and potentially even a generational talent.

I’m not exactly sure how he fits in at the next level, but I also don’t think it matters. In a league that is increasingly position less, he has all of the attributes required to be elite at both ends of the floor.

The Knicks are tanking their way to Zion and he’ll be that first building block for their rebuild. Or they’ll package him in a trade to land Anthony Davis. Only time will tell.

Morant is averaging over 24 points and 10 dimes per game. That’s unheard of, yet nobody talks about the Murray State guard.

Perhaps that’s because he goes to Murray State and is technically the best point guard almost by default, but there’s still no denying how good he is as a prospect.

It is extremely rare that a player gives you everything that Morant promises. He has good size for the lead guard position, he can score at an elite rate, he is an exceptional passer and he’s also a terrific athlete.

That’s a lot of boxes being checked off, which may mean the only reason he doesn’t go after Zion is whatever team picks second doesn’t need a guard. Morant looks like a star, though, and right now the Suns (who need a point guard) figure to be the team ready to pluck him off of draft boards.

Barrett could be argued as the number two player in the country. He’s just as good of a scorer as Morant (23 points per game), has flashed high level perimeter shooting and has put up numbers in the face of the best competition college basketball has to offer.

Barrett’s ability to step up during Zion Williamson’s injury absence suggests he will be ready for a huge workload from day one in the NBA. Cleveland would be the perfect landing spot, too, seeing as the Cavs don’t have much reliable scoring outside of Kevin Love.

Cleveland drafted guys like Kyrie Irving and Andrew Wiggins in past years and the LeBron James era got them sent out of town. Barrett gives Cleveland a new face of the franchise prospect to start over with.

To put it bluntly, Duke is loaded. There is a reason why the Blue Devils are favored to win the NCAA tournament and their three-headed dragon of NBA talent is the main reason why.

I’d actually argue Reddish may be the more useful player at the next level due to his versatility, but he’s yet to prove he’s the elite go-to scorer that Barrett is.

I see a lot of NBA mock drafts suggesting Rui Hachimura or other prospects here, but that’s getting a bit too cute.

The Bulls are in a weirdly comfortable position of not having one clear need. That has them taking the best player available and that is undoubtedly Reddish at this point.

There is an admitted drop-off in must-have talent after the first four picks. Of the remaining options, though, I really like Keldon Johnson.

The Kentucky swingman hasn’t been relied on heavily as a scorer yet, but he’s still poured in over 13 points per game for a loaded Wildcats roster. He’s also been a marksman (39% from long range) and has the size/athleticism combo you look for in a starter on the perimeter in the NBA.

I’m seeing Johnson slide in other mock drafts, but I don’t get it. The talent and upside is there for Johnson to be a top-five pick and he also gets the Hawks a potential upgrade over a guy in Taurean Prince that they’ve already shopped in trade talks.

The Hawks have a lot of positions set up for the future, so after adding a nice perimeter scorer like Keldon Johnson, they can attack their one true need in getting a long-term option at the five spot.

Dewayne Dedmon could leave this summer and Alex Len isn’t the answer, so getting a big they can trust down low should be a priority. Bruno Fernando is a lot to deal with down low at both ends of the floor and can impact the game at every level.

I don’t know if Fernando is a sure star in the NBA, but if he can project as a Steven Adams type and polish his outside shot, he could be quite the asset. If the Hawks actually get back-to-back picks here, they should address center with the best big man in the draft.

There are a lot of interesting prospects that could slide just because their college teams haven’t demanded they prove they can carry a full load. Little is one of them, as he’s not even averaging 10 points per game, but has fantastic size, athleticism and versatility.

Little has potential as an outside shooter and scorer, but he really offers value as a strong athlete that can get easy buckets and defend at the other end of the floor. Memphis loves guys that can defend, and they already have help at point guard and center.

Here’s to permanently erasing the free agency failures that are Chandler Parsons and Kyle Anderson.

From a sheer production perspective, Hachimura should probably have gone earlier. However, there are other guys with a little more upside that could cause him to slide a bit.

That shouldn’t take away from Rui’s potential as a pro, as the Zag star is highly versatile and has developed an elite outside jumper. There are definitely questions as to how Hachimura fits in at the next level, but the kid is a baller that can fill in at either forward spot.

With Washington losing Otto Porter and Markieff Morris this year and no lock to hold onto Jabari Parker beyond next season, addressing forward may be a wise choice.

The Pelicans just want to add talent to a roster that is sure to lose star big man Anthony Davis in the coming months. I bet they’d love for a talented big like Bruno Fernando to slide to them here, but I also don’t expect them to force things.

New Orleans actually has some solid talent on their roster and in due time they’ll be adding pieces through any prospective Anthony Davis trade.

We can’t know what those pieces will be, so for now the Pels should just grab the best player available. That is arguably Okpala, who has loads of upside as an extremely long and athletic scorer.

Kemba Walker is possibly gone in free agency this summer, suddenly leaving the cupboard rather bare for the Hornets at point guard.

Tony Parker isn’t the answer and Malik Monk looks like a bust at the moment. Unless Charlotte is content handing the starting job off to one of these guys, searching for a better long-term fit has to be a priority.

There isn’t much to love in terms of lead guard prospects after Ja Morant, but White is a high-level scorer who could potentially be a fantastic point guard in the pros. This could be viewed as a mild reach but need trumps the “best available player” approach here.

The Magic are a team with an odd roster. Nikola Vucevic could jet in free agency, Markelle Fultz is (maybe?) their point guard of the future and it feels like the team has no clue how they feel about most of their roster.

Langford doesn’t check all of the boxes, but he’s a dream on offense. Scoring is not a problem for this kid and while he can stand to improve his perimeter efficiency, he could instantly jump in and take over Orlando’s offense.

The Magic really need to decide which players on their roster they’re committing to, but if they just want to go get a guy who can score at a high level, Langford is one of the best options they can luck their way into.

This pick is probably being packaged in whatever trades the Lake Show ends up doing, but for now I’ll mock it to the Lakers with the assumption they’ll make the pick.

Everyone knows this team is hurting on the outside, so landing some type of shooting presence is probably something they’ll want to consider.

What position Hunter ends up playing is still up in the air, but there’s no question he can shoot (47% from three in 2018-19) and he’s also a monster on defense.

The Lakers probably prefer to stockpile stars rather than build, but this two-way demon is probably the most attractive asset if they do use this pick.

Is Andrew Wiggins really a long-term fit with Minnesota? Are guys like Derrick Rose and Jeff Teague sticking around beyond next season?

Nobody can know for sure, so Minnesota should probably continue to add solid scoring wings they can turn to. Karl-Anthony Towns and Dario Saric are probably locked in at the four and the five going forward, but the T’Wolves need more scoring elsewhere.

NAW has proven he can light it up from long range and is an effective all-around scorer. Minnesota gets a potential stud at the two and can figure out how he fits into their plans later on.

I certainly want to give a shout to interesting prospects like Bol Bol, Darius Garland and Jarrett Culver – among others – but I don’t know how Sekou can slide out of the lottery.

This was a guy once in the conversation to go #1 overall and everyone knows how enamored the NBA continues to be with size, athleticism and sheer upside.

There is untapped talent and raw ability here, but Boston is jam-packed with useful bodies. Instead of trying to land an instant impact player, they take a stab at an overseas stud that people have soured on.

Initially when I started looking over this draft class earlier this year, I felt it was rock solid. In one sense, it really is. There are absolutely a lot of useful bodies entering the 2019 NBA Draft.

There just aren’t many elite prospects.

How many true difference-makers are going to go in round one? Which guys can be counted on to be stars at the next level? The answers are “not many” and “I don’t know”.

The top four slots are almost certainly destined to be filled by Williamson, Morant, Barrett and Reddish. In what exact order, nobody knows for sure, and what follows them is even less certain.

One thing is for certain, though. Simply cracking the lottery isn’t good enough this season.

Teams are running out of time to improve their chances to get a higher pick and that’s clearly something the bad NBA teams need to be striving for.