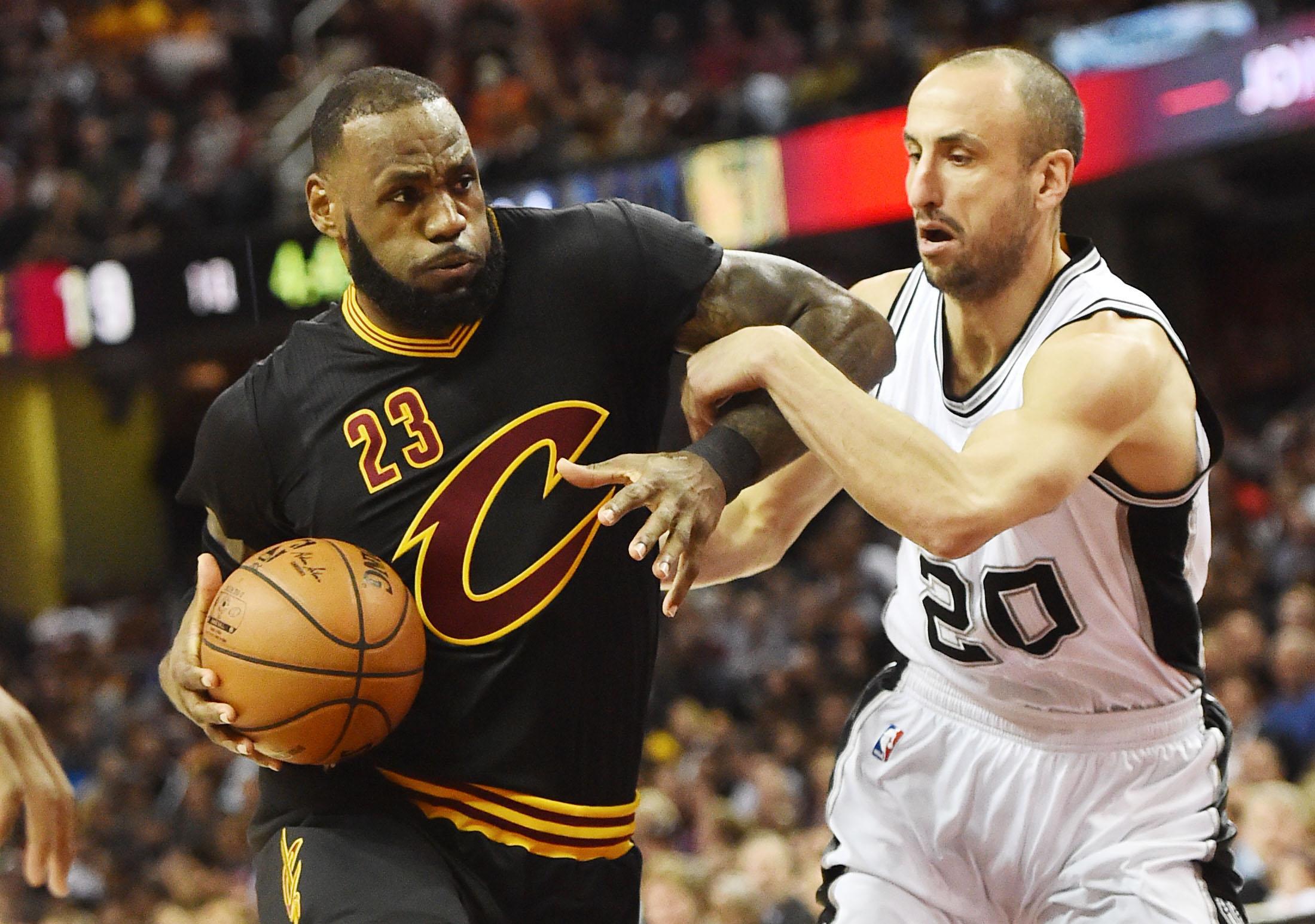 After 16 years in the NBA, Manu Ginobili is calling it quits.

Please take a moment or a few jillion moments to bask in your subsequent sadness. I know I will. This is a big loss for the NBA. Ginobili, 41, remained exciting to watch even as he ebbed out of his heyday.

Anywho, Ginobili and the San Antonio Spurs announced his decision on Twitter:

Today, with a wide range of feelings, I'm announcing my retirement from basketball. IMMENSE GRATITUDE to everyone (family, friends, teammates, coaches, staff, fans) involved in my life in the last 23 years. It's been a fabulous journey. Way beyond my wildest dreams. pic.twitter.com/3MLCUtmd6K

That pain in your chest is a heavy case of the sadz. Indulge it. Manu is worth it.

As Monday progressed, both past and present NBA stars came out in droves to express their appreciation for Ginobili and all he did for the league.

@manuginobili Congratulations on one helluva career brother! It was a pleasure to match up against you over the years. Regular season, Finals, National Team, didn’t matter was always a treat! The game of basketball has you to thank for the most swag move in..

basketball right now which is the “Euro Step”!!!! God bless you, thanks for the playing the game the right way and for the competition!!! ?? ???

Stephen Curry posted a picture of the two legendary guards hugging it up:

Congrats on an amazing career @manuginobili. You embody how basketball is meant to be played. With Passion, joy, and obviously a Champion through and through. Inspiration many sir. pic.twitter.com/Z86WgYFVMk

Kobe Bryant did the same:

.@manuginobili You are true champion my friend and one of the best I have ever matched up with. Enjoy life after the game hermano. You deserve that and more. pic.twitter.com/g5qtYlsNMA

Thank you for being a fierce competitor on the court @manuginobili, impacted the game for generations to come! ?? #Ginoooooooooobili

As did Dwyane Wade:

One of the best to ever do it. Thank you @manuginobili for pushing the game forward and for showing players all around the world what i true champion looks like. #HOF

If you want to feel old, here’s Gordon Hayward noting that Manu is one of the primary reasons he wears a No. 20 jersey:

One of the reasons I wear number 20! Congrats @manuginobili on a great career! pic.twitter.com/rA2wewYbKV

Rudy Gobert made an appearance as well:

It’s a real honor to have competed against you, @manuginobili ! The definition of a winner ! #GraciasManu pic.twitter.com/dkIlk0y13c

I competed against you for 9 years. I sat through countless pregame meetings discussing how not to let you go to your left hand because when you do, you’re impossible to stop! Then, I became your teammate and got to witness first hand how you bring way more value to a team than pic.twitter.com/JJYbvXNToE

just scoring. You’re a ultimate competitor and a “team first” kind of guy. You lift the culture in an organization just by simply being around. You were even successful in getting me to participate in more team activities than I have in my entire career. It was an honor competing

against you, but even better competing with you on my side. Thanks Manu!

Hell of a career @manuginobili . One of the best to ever do it. Pick and roll genius. Euro-step king. Hated trying to force you right in the pnr knowing you would still snake back to the left hand. I’ve borrowed a lot of your moves and set-ups. The game will miss you !

That’s enough feelz for one post. There were more. Many more. Manu had that much of an impact on the game.

On the off chance you can handle more niceties without entering the fetal position, there’s this 50-seconds-long montage to watch:

Respect from all around the league for @manuginobili. #GraciasManu pic.twitter.com/4chXC4hRIt

This outpouring of support is impressive, and it’s an ironclad reminder that yes, Ginobili is going into the Basketball Hall of Fame. Between his NBA resume and international accolades, he’s an airtight shoo-in.

Anyone pretending otherwise is fooling themselves. The threshold for entry is already on the lower side, and Ginobili’s championship and stylistic legacy put him on the faster track. Basketball-Reference gives him a 20 percent Hall of Fame probability, but really, his chances are much better—formality level, even.

Happy trails, Manu. The game and its fans are going to miss ya.