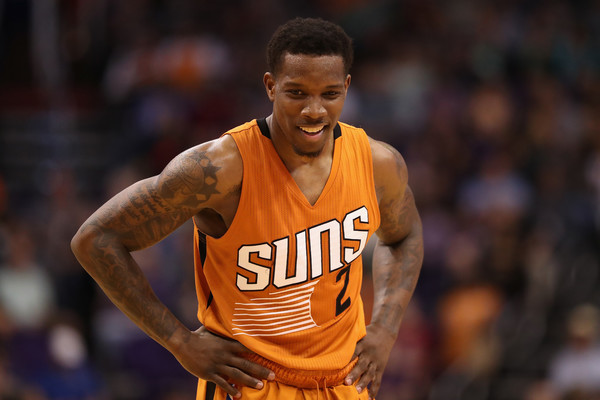 The Phoenix Suns have made it clear they have no plans to rush a trade, but most thought they still might hammer something out by now, if only to distance themselves from this public relations wart altogether. Bledsoe himself seems to have believed this would all be over now, because he hasn’t been around the team facilities working out.

That’s all about to change now, according to The Vertical’s Shams Charania:

As Phoenix continues to explore potential trade options for Eric Bledsoe, the Suns guard is planning to return to the team’s practice facility and work with staff members early this week, league sources told The Vertical.

Bledsoe and the Suns have no plans for him to rejoin the team, but Bledsoe, who has since trained away from the facility, plans to utilize the team’s building and staff to remain in game shape for a potential trade, league sources said.

This decision makes sense for all parties involved.

Working out with team staffers won’t increase Bledsoe’s trade value, per se, but it should make him easier to move. Interested suitors will want to know he’s still in game shape, and they won’t want to wait for him to clear physicals or outright join their lineup to find out he’s not entirely ready. So it behooves both Bledsoe and the Suns to give off the appearance that he’s okay to rock.

But the move is doubly important for the Suns, who will only be holding onto to Bledsoe under the guise that they can get more than what’s being offered now. Potential suitors might be desperate closer to the trade deadline, and yet, they may keep their desperation in check if there’s any indication Bledsoe hasn’t been full speed ahead with his conditioning.