admin July 3, 2017 Blogs No Comments on Carmelo Anthony Willing to Waive No-Trade Clause if Knicks Deal Him to Cavaliers or Rockets 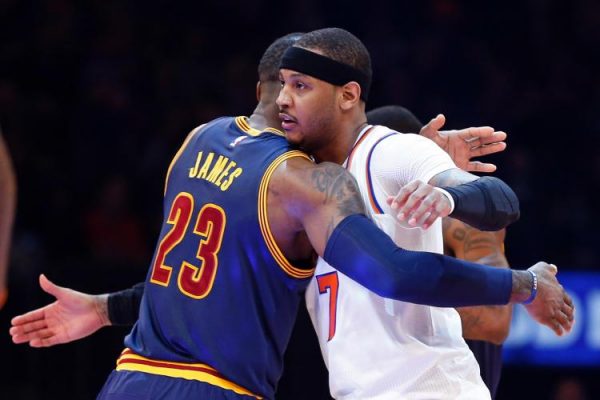 So now he’s ready to leave.

According to ESPN.com’s Adrian Wojnarowski, the New York Knicks’ All-Star forward is finally ready to waive his no-trade clause—provided he’s sent to the Cleveland Cavaliers or Houston Rockets:

Carmelo Anthony, a 10-time NBA All-Star, is open to waiving his no-trade clause to join the Houston Rockets or Cleveland Cavaliers should those teams create a pathway to a deal with the New York Knicks, league sources told ESPN.

Houston has been proactive in pursuing possible trade scenarios for Anthony lately, though its discussions around the league have yet to gain traction on a deal, league sources said.

Anthony has two years and $54.1 million left on his contract (early termination option before 2018-19), which makes any trade difficult. The Knicks have no business taking back long-term salary when they might get out of Melo’s deal organically next summer, yet both the Cavaliers and Rockets would have to send out sizable pacts to make the money work.

Houston feels like the more likely trade destination, assuming there is such a thing. General manager Daryl Morey has Eric Gordon and a bunch of non-guaranteed deals to build around. That’s not a good haul, but the Knicks can easily talk themselves into Gordon if there’s a pick or something attached. And should the Rockets be able to jettison the remaining three years of Ryan Anderson’s agreement to a third team, the logistics become that much easier.

It’s worth noting the Rockets are coached by Mike D’Antoni, who Melo ran out of New York about a half-decade ago. The two are more likely to find common ground now that Anthony’s older and has no choice but to play off Chris Paul and James Harden. At the same time, their history could dissuade the Rockets from making a trade altogether, since this is a risk best left to the buyout market.