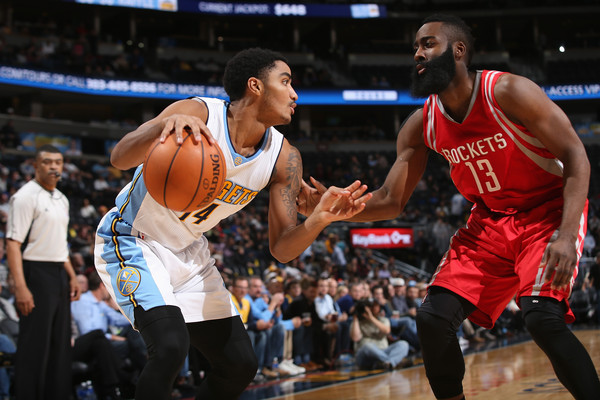 You know what the Denver Nuggets’ bottom-eight offense could really use?

Too bad the Nuggets won’t be getting a healthy Harris for around four weeks, per The Denver Post‘s Christopher Dempsey:

Harris already missed time this season with a partially torn groin muscle. His shooting percentages and scoring averages are down compared to last year’s breakout campaign, but it was still early, and he only just started working his way back.

Denver has rookies Jamal Murray and Malik Beasley to fill the void left by Harris and also Will Barton. They picked up Alonzo Gee after waiving Jarnell Stokes as well, per Dempsey. Plus, the offense, which has been bad, is scoring fewer points per 100 possessions with Harris on the floor, according to NBA.com.

Still, it was early. It is early. The Nuggets’ offense is under the direction of a sophomore point guard, in Emmanuel Mudiay, who is still developing. They need all of the complementary weapons they can get, especially as they try to figure out the frontcourt logjam that has resulted in a slumping Nikola Jokic and Kenneth Faried.

Unfortunately, though, it looks like it’ll be quite some time before the Nuggets are even close to full strength.