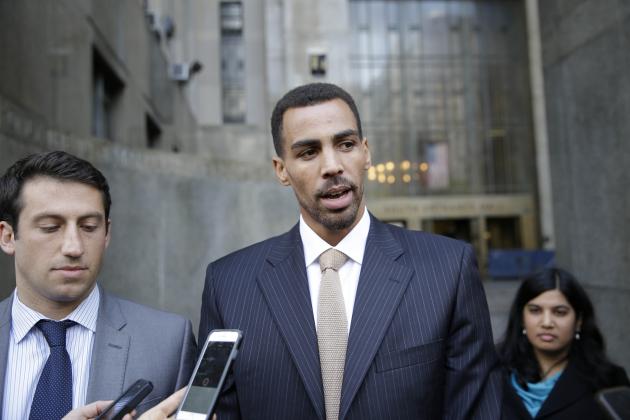 Thabo Sefolosha is finally back on the court after his season was ended by way of a broken leg in April. You’ll recall that he was involved in some sort of incident outside of a New York nightclub and he leg was subsequently, allegedly, broken as result of the way he was handled by the police.

Well, Thabo isn’t going down without a fight and is considering suing the NYPD for $50 million.

The NBA player who beat criminal charges of resisting arrest in a melee outside a Manhattan nightclub plans to sue the city and eight cops for up to $50 million over what he claims are “permanent” injuries, even though he’s back on the court — and dunking.

Thabo Sefolosha of the Atlanta Hawks says in a legal notice that the broken leg he suffered when cops pushed him to the ground outside celebrity hot spot 1Oak last April caused him to “become substantially disabled.”