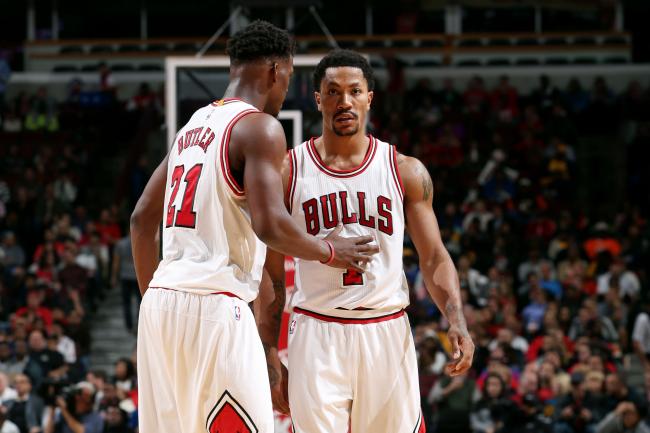 We’ve been hearing rumors for a while that Jimmy Butler and Derrick Rose aren’t as close as you’d think. One guy is the face of the franchise, while the other is on the rise. Apparently, Butler isn’t happy with how hard Rose works. Naturally, Butler will likely deny these reports, but where there’s smoke, fire typically ensues.

It was provided Wednesday, as a former member of the Bulls said in a phone interview, “Personally, the two are great. Professionally is where they have a difference of opinion.’’