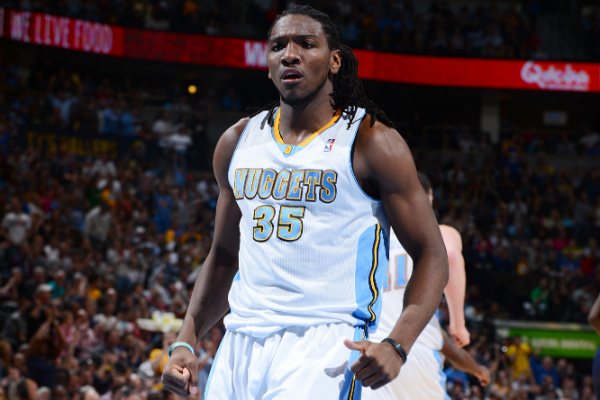 Social media can be fun.

It can also suck.

This is one of those times when it sucks.

Ken Berger of CBS Sports posted an interested question-and-answer piece with many of the stars that attended Team USA’s mini-camp in Las Vegas. It’s an interesting read, one worth more than a cursory glance.

One of the questions, the opening one, caught my eye. Berger asked Kenneth Faried, Draymond Green, Chris Paul, Carmelo Anthony, DeAndre Jordan, Blake Griffin, John Wall and Kevin Durant about the most frustrating part of media coverage, as well as social media coverage. Faried’s answer was particularly indicative of the times—these great-but-sometimes-not-great-and-other-times-most-definitely-not-great times.

The stuff they say to you on social media, and we can’t say anything back because we’re supposed to be these people that anything that happens or anything somebody says to us, we should just handle it and go on about our life. But sometimes it’s hurtful. People telling you, ‘We don’t want you here on our team,’ or, ‘Trade this player,’ or, ‘You suck.’ That’s tough. Last year was tough for me because people would say, ‘You don’t deserve to be on the USA team. You suck. You’re not even going to make the team, why are you even out there?’ And I just have to take all that with a grain of salt and continue to go on about my way.

I don’t pay attention, but when they comment on your stuff and you have friends who comment and you’re reading a friend’s comments, you see their comments, too. It’s like wait, wow, you really dislike me. Or because I’m Muslim, people think it’s a problem. They’re like, ‘Oh, you’re Muslim, you’re going to hell.’ Yes, I get that a lot. Or because I believe in gay rights or any rights — gay, lesbian, transgender, straight — it doesn’t matter who you are, I believe you have the right to do whatever you want and get married in a court of law. And when the 50 states made the agreement in the [Supreme Court] that gay marriage was legal and I was so happy about it and I posted on it, everybody came at me, like, ‘You’re going to hell. You’re supposed to be Muslim and you don’t believe in that.’ It’s just crazy. The most hurtful thing is somebody telling you you’re going to hell, or they hope you die or they hope somebody kills you. You’re like, ‘Wow, like, really? That’s how you feel?’ You can block those people, but other people come back with a fake page and somebody else’s comments. You try to block the slander and the bad stuff, but there’s only so much you can do.

At some point or another, we’ve all seen the insane comments professional athletes, specifically NBA players, get when they tweet, or use Facebook, or post a photo to Instagram, or do anything at all. It doesn’t matter what they say, controversial or not, there’s always a bunch of comments that range from lampooning their work ethic and individual standing to taking personal shots at them, sometimes even their families.

Most of us have also made jokes at an athlete’s expense. I know I have. I still do. I make memes. Post satirical dialogues. Photoshop outrageous gifs. Talk in emojis. There have even been some times when I might have crossed the line, mostly when I was a tad younger and more prone to criticizing a player skill’s set. And crossing the line is wrong. If I’ve ever done it, I regret it, and hopefully I’ve learned from it.

But death threats or malicious comments like the ones Faried, among many other athletes, has received are absolute crap. They shouldn’t be a thing, no matter your age, aim or intent. They’re ridiculous and dumb and a constant reminder that people can suck. And any time you’re doubting whether or not people actually suck, scroll through the mentions on a LeBron James tweet. A Melo Instagram post. Anything along those lines.

I too have received death threats and obscene responses on social media. Someone once wished I’d get cancer. Another wished that same fate upon my family members. When you’re not garnering these responses in volume, they’re a bit easier to laugh off (once you’re used to them). It’s a bazillion times harder for athletes, who are subject to them regularly.

Worse, Faried’s right. There’s nothing they can do. If they respond or eviscerate their critic, they, not the the critic, become the story. The loose cannon. The bad guy.

It’s a vicious, unfair world we’re tweeting in these days, and there’s no magical panacea that’ll put this problem to bed.

All you can really do is know the line between justified opinions and humor and human decency, and despicable existence, make sure you never cross it, and never, ever support the trolls who do.

All you can do is try to understand the perils and pratfalls and downside of social media, and make sure you’re not one of those people who suck.