admin July 21, 2015 Ben Berry, Kicks, Sneak-a-Peek No Comments on This Is Said To Be The Air Jordan XI Releasing In December 2015 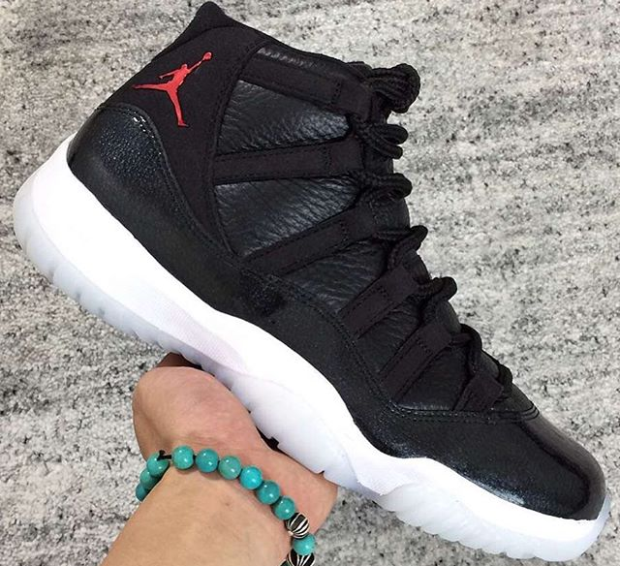 Since 2008, when Jordan Brand spent the year releasing Air Jordan Retro basketball sneakers in pairs as part of the Countdown Package series (two numbered silhouettes that when added together equaled the number 23), there has been a Jordan 11 that came out in December. Literally every year since and 2015 will be no different.

The word around is that the pictured pair will be called the ’72-10′ Air Jordan XI (11) and gets its colorway inspiration directly from the Chicago Bulls uniform and namesake from the 1995-96 team that holds the best regular season NBA record of all time.

What is unusual about the Air Jordan XI releasing during the Holiday 2015 season is that a tumbled leather has taken the place of where ballistic mesh material normally on the silhouette’s upper. Keep it locked to our Official Release section for an exact date when officially provided.

NOTE: nothing has been officially confirmed by Jordan Brand about this release of these sneakers.