Grab Your Grains of Salt: Knicks May Still Trade No. 4 Pick

admin June 17, 2015 Blogs No Comments on Grab Your Grains of Salt: Knicks May Still Trade No. 4 Pick 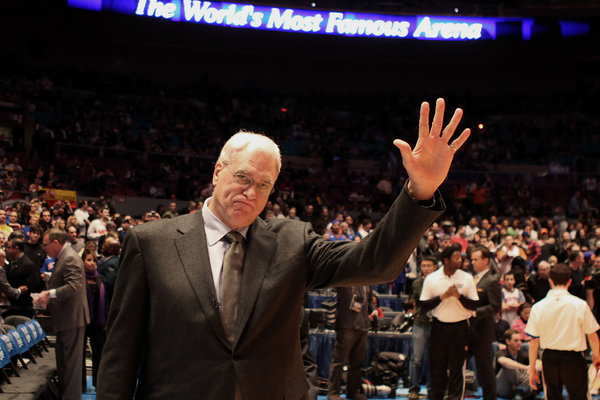 Ahead of and just after the NBA’s draft lottery, the idea of the Knicks trading their top pick—which ended up being No. 4—held some serious clout. Slowly, surely as the general public started to realize they wouldn’t land a superstar for that pick, the speculation dissipated. The Knicks have taken to showing interest in just about every first-round prospect under the sun instead.

But now they’re back to maybe, possibly, trading said pick.

Sources say the Knicks are entertaining trading down in the draft if Towns, Okafor and Russell are all taken in the top three picks. It sounds as if they remain on the fence about both Emmanuel Mudiay and Porzingis. That’s why they’ve been looking at players such as Cameron Payne and Frank Kaminsky in recent workouts. If the Knicks can get a valuable veteran and still land somewhere in the back end of the lottery, it might make more sense for them than taking a player they aren’t sold on at No. 4. We know several teams, including the Nuggets and Pacers, are trying to move up in the draft.

For one, every possible piece of chatter that can exist, will exist, ahead of the draft. Mostly, though, it’s just too broad. When specific players and teams are mentioned, it’s more believable. This, at most, only proves the Knicks are open to moving the pick under a very specific set of circumstances.

Now, as for those circumstances, it’s fair to assume the Knicks’ worst-case scenario will play out. Karl-Anthony Towns is going to the Minnesota Timberwolves if they know what’s good for them; the Los Angeles Lakers are in love with big men who have star ceilings, so they’re locks to scoop up Jahlil Okafor; and the Philadelphia 76ers need a point guard after dealing Michael Carter-Williams to the Milwaukee Bucks, making D’Angelo Russell the obvious choice once again.

Of course, things could change. Surprises happen. Emmanuel Mudiay, while he hasn’t worked out too well, is mentioned in the same breath as those top-three prospects, and Latvia’s Kristaps Porzingis is skyrocketing up draft boards anywhere. Maybe the Knicks get lucky and are left with one of their desired three.

If not, well, who knows. They could trade the pick for established talent or look to move down. But they’ll need to have that deal worked out in advance of the draft, and then they’ll have to pull the trigger once on the clock.

Let’s also not forget this is the Knicks’ highest draft pick since 1985. While they want to turn things around quickly, they’d be remiss to trade it away, since whomever they choose could wind up being a franchise cornerstone.