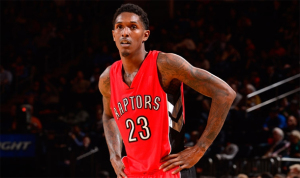 The first of many individual NBA awards has been handed down at Lou Williams of the Toronto Raptors has been named Sixth Man of the Year. Williams leads the second unit’s charge for the fourth place Raptors with an average of 15.5 ppg. He was followed by Isaiah Thomas and Jamal Crawford.

The Toronto Raptors’ Lou Williams, who averaged a career-high 15.5 points this season and helped Toronto win a franchise-record 49 games, is the winner of the 2014-15 Kia NBA Sixth Man Award as the league’s best player in a reserve role, the NBA announced today. The 6-1 guard becomes the first Raptors player to earn the honor.