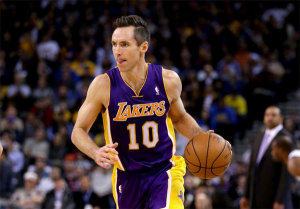 After 19 NBA season’s Steve Nash has finally decided to call it quits. Plagued with injuries the past few seasons, the 2-time MVP’s career didn’t end the way anyone wanted, but in his prime, he was the catalyst of the most efficient offenses in recent memory.

I heard someone once say there comes a day when they tell us all that we can’t play anymore. We’re not good enough. Surplus to requirements. Too slow, maybe. When you’re a teenager with outsized dreams and a growing obsession, and someone tells you this ain’t gonna last forever, it’s scary. I never forgot it.